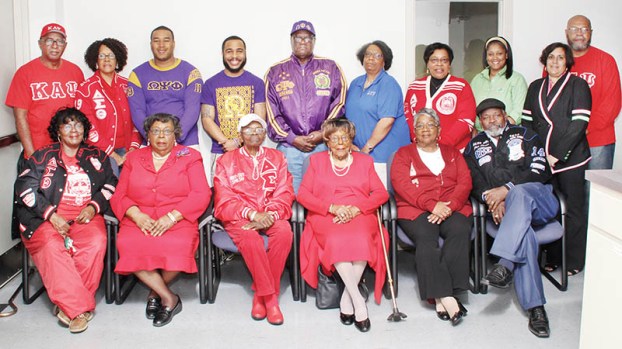 AHOSKIE – About six months ago, the Ahoskie Alumnae Chapter of Delta Sigma Theta Sorority, Inc. attended the “Delta Days” at the State Capitol. The speeches gave motivation and enthusiasm to return home (Hertford and Bertie County) committed to develop a Voting Strategic Plan for the Roanoke-Chowan area citizens. The main objective to the plan was to educate and prepare the citizens for the 2016 General Election.

Their first step was a special appeal and partnership with other Greek Organizations in implementing the plan. The assignment was not hard to undertake with other sororities and fraternities. Why, because “Greeks” are committed and dedicated to public service.

The Greek Organizations in the R-C Area agreed to partner with the Ahoskie Alumnae Chapter to formulate an effective “Voting Strategic Plan.” The plan and agreement included the following: Voters Registrations, Educate Community-at-Large, Volunteer Work, Phone Contacts, Church Visitations, and to transport the citizens to the Voting Polls on Election Day.

While visiting, and registering the residents of Creekside Nursing Home, former Hertford County Sheriff Winfrey Hardy, Jr. stated that he was a proud registered voter and would be voting in the 2016 General Election. Unfortunately, he passed away before the election. But it is good to know, he was a registered voter and ready to vote.

The Democracy of North Carolina gave a training to the “Divine Nine” to prepare for the 2016 General Election Day to be poll watchers and canvass workers. Ahoskie Alumnae Chapter was assigned to Murfreesboro (Precinct I) on Election Day. Other members were assigned to Colerain (Precinct 2), Powellsville. Estella Simons, age 99, reported to the precinct every morning around 7 a.m. for the Early Voting Days and at 6 a.m. on General Election Day. Her dedication and commitment to public service and to Delta Sigma Theta Sorority, Inc. is remarkable and noteworthy for all citizens to see.

The “Divine Nine,” thank the R-C citizens for their commitment and loyal support to the voting process.

COLERAIN – The Bertie County Sheriff’s Office is seeking the public’s help with information regarding an armed robbery of a... read more