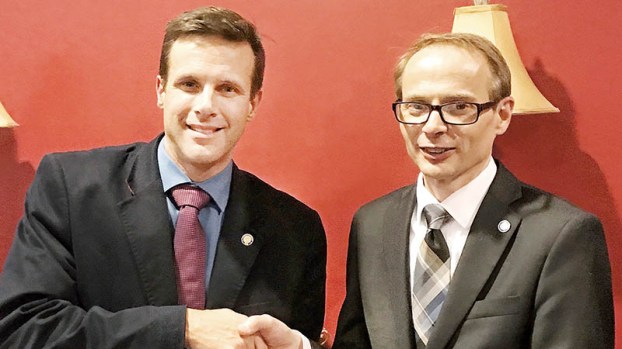 The prize is sponsored by the Office of the Provost and is presented to a faculty member for his or her scholarly and/or creative activities during the previous academic year.

Gilliam won a cash award and a book style clock, showcasing a photo of the historic McDowell Columns Building, and engraved with his name.

Gilliam’s work is published in The Journal of Ecclesiastical History as well as Baptist History & Heritage. His first book, Ignatius of Antioch and the Arian Controversy is forthcoming from Brill Publishers in their Vigiliae Christianae Supplements Series.

“I am grateful to the Chowan University administration for their recognition of the important role that research plays in the life of the university with the McDowell Columns Scholar Prize,” Gilliam adds. “I am honored to be this year’s recipient.”