Maud Ingram, 50, of Henrico, in Northampton County, was initially arrested in September of 2015 on sexual and extortion charges in Halifax County where he worked at that time. He was fired from that position in November of 2015.

Now, additional charges have come forth against Ingram in Hertford County where he was recently indicted on two counts of first degree rape, one count of second degree rape, three counts of extortion, and one misdemeanor count of willfully failing to discharge his duties as a Community Corrections Officer. 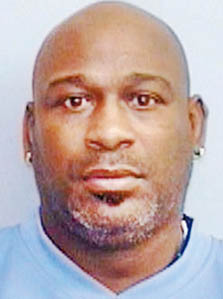 The North Carolina SBI, who investigated the case, is alleging that the victims of those charges were probationers.

Ingram, hired as a Community Corrections Officer on June 30, 2012 in Hertford County, worked out of the Winton office until his transfer approximately two years later to Halifax County.

He also faces a charge of obstruction of justice in Warren County.

The court case against Ingram is being handled by Kimberly Overton, Chief Resource Prosecutor with the Conference of District Attorneys.

Overton said the subsequent charges against Ingram in Hertford County came after the SBI set up a special phone line for other possible victims to call.

“Information gained through that SBI hotline led to the charges against Mr. Ingram in Hertford County,” Overton said. “He was indicted on those particular charges on Oct. 31 of this year.”

The basis of his initial arrest in Halifax County came after the Roanoke Rapids Police Department made a request for an investigation by the SBI upon receiving information alleging that Ingram had inappropriate relationships with his probationers there.

Ingram, the husband of District 3 State Senator Erica Smith-Ingram, was indicted in late July on the charges in Halifax County.

Overton said her involvement was necessitated due to a conflict of interest involving local District Attorney Valerie Asbell, whose elected position covers both Hertford and Halifax counties.

“At the Conference of District Attorneys, we have special prosecutors who are all former DA’s and can work in instances where a sitting District Attorney has a conflict of interest,” Overton stated.

As far as what’s next in the case against Ingram, Overton said there is a court appearance pending at some point in January in Hertford County. She added that it’s unsure at this point whether all charges against Ingram will be combined into a single criminal case.

WINTON – A well-known public figure will continue to serve the people of Hertford County, just now in a different... read more