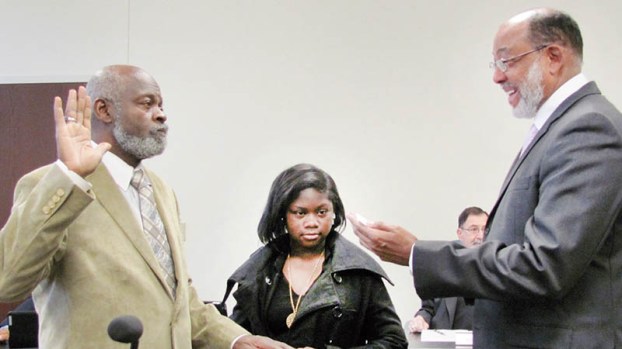 WINTON – A well-known public figure will continue to serve the people of Hertford County, just now in a different role.

Horton is a 28-year veteran of public office, initially serving as the senior member of the Hertford County Board of Education.

“I’m looking forward to serving the citizens of Hertford County from a county perspective,” Horton said. “I enjoyed my first meeting and can tell the difference in the two boards, (there is) a lot of reading, and I like to go in knowledgeable as to what I’m talking about to be caught up and know what is going on.”

In March, Horton won the primary election against two other Democratic candidates, including former incumbent Garry Lewter – who was appointed to fill Howard Hunter III’s seat two years ago when Hunter left it vacant to launch a successful bid for the District 5 seat in the North Carolina State House of Representatives. Horton moved forward to November’s General Election where he was unopposed.

Horton noted, “In procedure it’s different – being a county commissioner versus a school board member – but the basics are just the same in that you have respect for your fellow board members so you research all the issues and vote the way you feel is best for the county.”

He added, “I’ve known all of my fellow board members (Hertford County Commissioners) at some point due to serving with them on other boards so I feel comfortable working with them and looking forward to it more now especially knowing where they are coming from.

“I learned from past experiences and now need to learn how it works on the county commissioner’s board… I think it will work out well but there is a lot of responsibility involved, which I really take to heart,” Horton added

He also encouraged the public to contact him if they have any concerns or want to comment on an issue.

“My (home) number is published; (the public can) feel free to call me if there is anything they want to discuss. District 1 is my district but I look forward to serving the whole county and working with the public and the media,” Horton stated.

Horton’s term took effect as of the Dec. 5 meeting along with other newly elected or re-elected county officials.