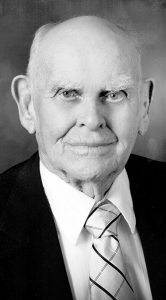 Mr. Britton was a native of Pendleton and a lifelong member of Roberts Chapel Baptist Church in Pendleton. He served two tours in the United States Army in the Military Police Division stationed, primarily, in the Washington, DC area and then, returned home to resume his life in the Pendleton Community.

He loved to fish and hunt – especially, raccoon hunting which he did well into his 70’s!  The family has enjoyed the many stories of his days of “coon” hunting with good friend, Dr. J. A. Fleetwood, Sr. He, also, enjoyed deer hunting and fishing. He was a lifelong member of the Cabin Branch Hunt Club and a charter member of the P & S Hunt Club.  He, also, loved to drink a Coke and a Pepsi anytime!

In lieu of flowers the family would appreciate memorial gifts be made to Roberts Chapel Baptist Church, 2617 Britton Rd., Pendleton, NC 27862.

The family wishes to extend a special thank you to all of the staff at Northampton Nursing and Rehabilitation Center in Jackson for the loving care they gave to “Mr. Pete”.