SEVERN – Citizens here in this northern Northampton County town will honor the memory of one of its faithful public servants.

The Severn-Pendleton Ruritan Club will host a bag BBQ lunch from 11 a.m. until 1 p.m. on Friday, Dec. 9 at the Severn Community Building. The proceeds will benefit the family of Kevin Britt. 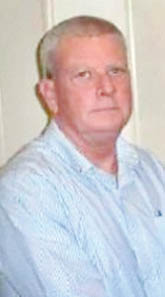 At the time of his sudden death on June 18, Britt had served the Severn Volunteer Fire Department for 38 years, to include serving as Fire Chief.

He was serving as Chief when he and other members of the Severn Volunteer Fire Department responded to the scene of a motor vehicle accident on NC 35 just outside of town at about 6:50 p.m. on Friday, June 17. A vehicle had struck a power pole, clipping electrical lines and making the road impassable to large trucks coming into or departing Severn Peanuts.

“Chief Britt stayed at the scene directing traffic and clear-up while Dominion Power fixed the lines until shortly after midnight,” said Northampton County Emergency Management Director Ronald Storey said in an interview conducted a few days after Britt’s death. “He was out on the scene for over five hours.”

Story repeated that Britt seemed fine to him on the scene.

It was reported that Britt returned home after working the accident scene. Rescue was dispatched to his residence later on Saturday in what was described as a “medical emergency.”

Town officials say Britt, age 54, was a “quiet leader” and that his death was unexpected.

“We want to honor his service by giving a token of support for his wife and two sons. Please come get a lunch on Friday, Dec. 9,” said Carol Ferguson, Severn Town Clerk.

The suggested donation is $8 per meal.

Dennis Woodard, Administrative Chief of the Severn VFD, wrote in a tribute published in this newspaper on July 7 that Britt had worked his way up through the ranks and was elected Assistant Chief and served in that capacity for several years while Woodard was Chief.

“When I requested to step aside as Chief, due to my inability to attend about two thirds of the calls while working my real job, I nominated Kevin and he was moved up to the position of Incident Chief,” Woodward wrote. “Most everyone knew that he despised using computers so I continued as Administrative Chief to handle the paperwork and he handled the fire or other incidents. It seems ironic that during his earlier years he had to miss the calls while working out of town but I could make most all of them. Then, it swung the other way, I could not make the incidents but he had changed jobs and was able to leave work to attend most of the runs.

“Kevin shared the same love for the fire service that I have,” Woodard continued. “We both wanted to improve the equipment and training of our members. I’m just sorry that he did not see the completion of the service unit; we were adding the equipment necessary to get the department to meet state standards.”