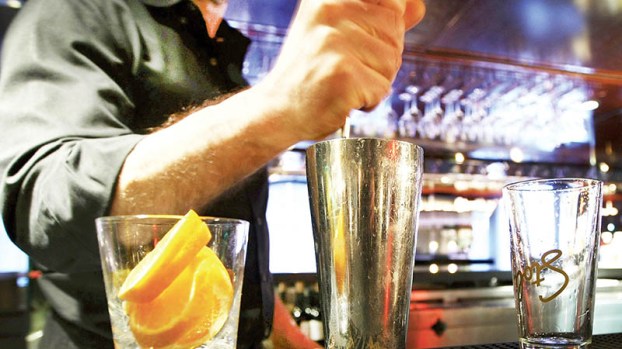 WINDSOR – By an almost 2-to-1 margin, Bertie County voters in the Nov. 8 general election approved a referendum that will allow the county’s Alcohol Beverage Control Board to issue permits to businesses wanting to serve mixed, alcoholic beverages, or liquor-by-the-drink.

In unofficial results, the measure passed 5,596 to 2,765, and voters approved it in 11 of the county’s 12 precincts with only Windsor-2 (Askewville) voting against.

“The Chamber is very excited the measure passed,” said Lewis Hoggard, Executive Director of the Windsor-Bertie Chamber of Commerce. “We were very much in favor of the referendum.”

The Director went on to say there were economic benefits to the county following the measure’s approval.

“We think this will provide opportunities for more restaurants to operate in Bertie County,” Hoggard added.

The last county-wide liquor-by-the-drink referendum in Bertie was in 2009 and it failed by less than 20 votes.  Ironically, that ’09 defeat benefitted the town of Windsor which took advantage of a state law allowing a municipal referendum on the topic within one year of the county-wide defeat. Windsor residents then voted to approve mixed-beverage sales within the town limits in 2010.

“We respect the vote of Bertie County and will use this new responsibility efficiently,” said County ABC Board Chairman Miles Davis. “Any business desiring a permit will need to contact the ABC Board.”

All across the county, voting in Bertie was up about 20% according to members of the Board of Elections; unofficially, 9,247 votes were cast out of 14,165 registered voters, or roughly 65% of the county’s residents eligible to vote.

Bertie County’s Democratic voter turnout was better than 60% in all the top races except for governor (59.3%).  Hillary Clinton received 5,681 votes to 3,424 for President-elect, Republican Donald J. Trump.

“Naturally, I’m very pleased with the presidential election outcome,” said NC First District GOP Chairman Garry Terry of Powellsville. “It’s time for the country to unite and for us all to do what’s best for the nation.  We are a great nation and we expect better things for the future.”

In the gubernatorial race, Democrat Roy Cooper out-polled incumbent Pat McCrory 5,416 to 3,659 among Bertie voters; but state-wide there are still ballots to be tallied.

“Mr. Cooper shouldn’t be claiming victory since there are still ballots out there to be counted,” added Terry. “We want everyone’s voice to be heard, so let’s wait on the governor’s race outcome.”

Bertie County’s canvass where all the ballots – absentee, one-stop, election day, provisional, and military – will be counted takes place on Nov. 18, according to Board of Elections Director Sheila Holloman. National ballots will be canvassed about one week later.

Some local county elections were uncontested: Ronald “Ron” Wesson (District -1) and John Trent (District-4) have been returned to the Bertie County Board of Commissioners; while Annie Wilson will serve another term as Register of Deeds.

Incumbents Bob Occena and Tarsha Bush Dudley were voted back onto the Bertie County Board of Education, with only write-in votes in opposition.

Democrats also led the voting for the state Court of Appeals with Abe Jones (5,360 votes), Rickye McCoy-Mitchell (5,408), and Vince Rozier (5,396) all running well in Bertie.