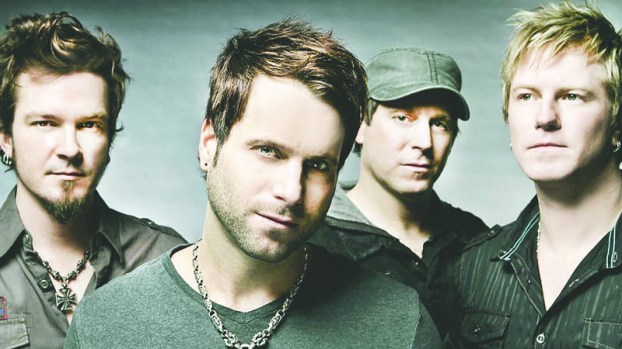 Brothers Matt and Scott Thomas, cousin Barry Knox, and longtime friend Josh McSwain comprise the band ‘Parmalee” and will return to their Pitt County roots on Nov. 18 to perform a concert inside ECU’s Minges Coliseum that will benefit eastern North Carolina victims of Hurricane Matthew. | Photo courtesy of www.parmalee.com

GREENVILLE – Greenville native and platinum-selling country band Parmalee announces the “Feels Like Carolina Flood Relief Benefit” to foster the aid of flood victims in North Carolina due to the devastating effects of Hurricane Matthew.

One hundred percent of net proceeds will go to the American Red Cross to help with flood relief specifically in Parmalee’s home state of North Carolina.

Previously announced as the band’s annual “Feels Like Carolina”concert, details have remained the same, taking place at Parmalee’s alma mater of East Carolina University, in the Minges Coliseum on Friday, Nov. 18.

“We couldn’t imagine not making this year’s event a flood relief benefit,” says Paramlee’s lead vocalist and Greenville native Matt Thomas. “The people of North Carolina are our greatest supporters. We considered them family and we couldn’t leave them behind during this time of need. We knew something had to be done and we can’t thank the American Red Cross enough for their help in making this event happen.”

At it’s peak of destruction, Hurricane Matthew left nearly 900,000 homes and businesses without power. The natural disaster claimed a heartbreaking 26 lives in North Carolina while leaving 36,000 asking for federal assistance.

“The residents of Eastern North Carolina continue to feel the affects of Hurricane Matthew and the devastating flooding that forced hundreds of families from their homes,” said Barry Porter, regional CEO of the Red Cross in Eastern North Carolina. “In a time of uncertainty for these families, Parmalee is bringing a sense of comfort through music. We couldn’t be more thankful to Parmalee for supporting their home state and our neighbors in need.”

Parmalee’s “Feels Like Carolina” concert is an annual event to pay tribute to their home state and to thank the community for its support throughout the years. This year, Parmalee has teamed up with American Red Cross to return the favor and support North Carolina during its time of need with the “Feels Like Carolina Flood Relief Benefit.”

Tickets for the “Feels Like Carolina Flood Relief Benefit” concert are currently available. Additionally, a limited number of VIP tickets are available for purchase on a first come, first serve basis. VIP tickets include access to the exclusive VIP Party with a private acoustic performance by Parmalee and special guests, a meet-n-greet pass/photo opportunity with the band, a commemorative event t-shirt and VIP Event Parking. Tickets that have already been purchased for the “Feels Like Carolina” concert will be honored at the benefit.

For more information and to purchase tickets visit www.feelslikecarolina.com.

AHOSKIE – On Sunday, Oct. 23, the First Baptist Church in Ahoskie was full of friends, family, and well-wishers to... read more