GREENVILLE – The trial of the only defendant to plead not guilty in the Operation Rockfish police corruption case has now been continued until February, documents filed in the federal court system show. 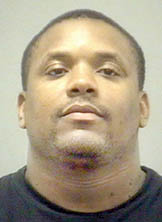 The continuation came after motion hearings in Antonio Tillmon’s case were held before Senior Judge Malcolm Howard in Greenville, a minute entry for the proceedings held on Tuesday of last week say.

No further documents on the hearings were contained in the electronic filing system as of this report and no explanation for the continuance was contained in the minute entry. A written entry is to follow.

Tillmon, a former officer with the Windsor Police Department, and his counsel were present along with the assistant United States attorney.

The new round of motion hearings in the case came as previously filed documents showed new evidence had come to light in Tillmon’s case.

While documents filed in the federal court system do not specifically elaborate on what the new evidence might be, an order signed by Judge Howard confirms the trial in the matter is continued to a later date.

Sources familiar with the case contacted either didn’t know what the new evidence is or declined comment.

Tillmon’s trial had originally been scheduled to begin on Monday of last week Monday in Greenville. He pled not guilty to the following felony charges:

Count 1- Conspiracy to possess and possession with intent to distribute controlled substances;

Count 2 – Conspiracy to use firearm in drug trafficking;

Count 28 – Attempted possession with intent to distribute a controlled substance;

Count 33 – Another count of attempted possession with intent to distribute a controlled substance;

Count 34 – Use and carry a firearm during and in relation to a drug trafficking crime;

Count 48 – Another count of attempted possession with intent to distribute a controlled substances;

Count 49 – Another count of use and carry firearm during and in relation to a drug trafficking crime; and

Count 54 – Another count of accepting a bribe.

The remaining 14 arrested and charged in the police corruption case, to include seven former members of the Northampton County Sheriff’s Office and a former dispatcher for Northampton E-911 Central Communications, have each entered guilty pleas and are currently awaiting sentencing.

That sentencing was originally scheduled for Nov. 8, but Judge Howard filed a text order last week, saying, “Due to the heavy trial schedule of the undersigned, the court hereby continues these matters until Tuesday, November 29, 2016 at 9:00 am at the U.S. Courthouse in Greenville, NC.”

Those involved in the Operation Rockfish case were arrested in late April of last year. They stand accused of allegedly protecting narcotics shipments and cash proceeds during transit along the East Coast for what they believed was a large-scale drug trafficking organization that was actually an undercover operation by the FBI.

(Lance Martin is Editor and Publisher of www.rrspin.com. Permission was granted to publish this story.)

WINDSOR – Those yet to file an application with FEMA for damages in the wake of Hurricane Matthew still have... read more