ROANOKE RAPIDS – A home invasion here early Monday morning in which one of the alleged intruders was shot remains under investigation and more charges are expected, according to the Halifax County Sheriff’s Office. 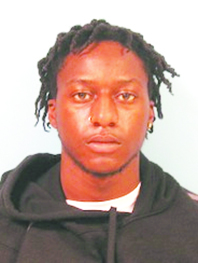 In a statement, Halifax Sheriff’s Detective Willie Murphy Jr. said Justice Aiden Moses, 19, of Jackson, was charged in the home invasion, which occurred around 1 a.m. in the Highway 48 area of Roanoke Rapids.

Moses was shot during an ensuing scuffle with the 50-year-old victim. Moses, who was charged with first-degree burglary, assault with a deadly weapon and possession of a handgun by a minor, was treated and released for injuries which were not life-threatening, Murphy said in the statement.

Deputies were dispatched to the residence shortly after 1 a.m. Monday and learned two people, Moses, and another person, entered and confronted the victim

Moses reportedly pulled out a handgun which led to the scuffle between him and the victim. During the tousle, Moses was shot and the person with him fled.

Lance Martin is Editor and Publisher of www.rrspin.com. Permission was granted to publish this story.