RALEIGH – Patrick Dickson “Pat” Merritt took his bright smile, his love of competition, and his wicked sense of humor to his new home in Heaven on January 9. He joined his loved ones and family who had predeceased him, especially his beloved father William R. Merritt. 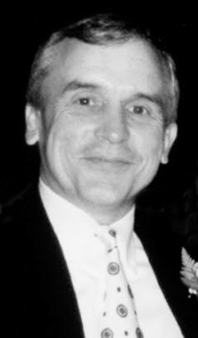 Before Pat was limited by his illness, he lived life to the fullest, whether coaching a successful youth sports team or cheering a Wolfpack victory, building life-long friendships along the way. Pat liked people and everyone liked Pat. He liked to have fun, he worked hard at whatever he did, and he always saw life as an adventure and never a chore.

He grew up in Roanoke, Virginia, where he was an Eagle Scout and a highly successful high school athlete, starring in football and winning championships in wrestling. Choosing to attend North Carolina State, he became a full-fledged Wolfpack fan, member of the Pi Kappa Alpha fraternity, and never again left the Raleigh and eastern Carolina area. During a river tubing adventure he met Peace/Meredith College student Lee Greene, and both were smitten. Their 35-year marriage produced three wonderful children, on whom Pat doted as a very proud father.

Pat spent his business career as an incredible salesman, initially with Double Envelope, and in the final fifteen years of his working days running his own successful company, Vision Envelope, which he started and built from scratch. His true heart was in sports, especially youth sports coaching and administration. Over the years his direction, guidance, and competitive fire touched literally hundreds of young lives. He was an active part of North Wake Baseball, gave great assistance and support to Millbrook High School athletics, and helped found and direct the Wake County Basketball Association. He was always the first to step up to coach at any level, and he never missed a game in which one of his children played, either as their coach or number one cheerleader.

Most of all, Pat was a devoted Christian, and a committed family man, focused on supporting his wife and children in every endeavor. He was an active parent in the Indian Guides/Princesses program, he attended many school field trips and was very involved in his children’s education. He was our role model, our hero, and our best friend! He leaves a bit of himself in all of us, and in all his many, many friends.

Condolences may be shared at CremationSocietyNC.com