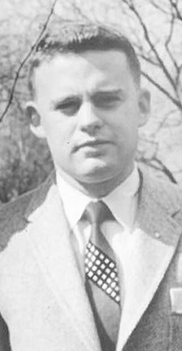 Dr. Jenkins graduated from Sewanee: The University of the South. He served in the US Air Force from 1954-1961. Stanleigh served as a pilot in the National Guard while attending medical school at UNC-Chapel Hill.

Stanleigh met Tomma Smith Jenkins while doing his internship and medical residency at West Virginia University in Morgantown, West Virginia. They were married in 1967 at St. Thomas Episcopal Church in Ahoskie, North Carolina.

Dr. Jenkins began his medical practice in Aulander, North Carolina. He also served as Chief of Staff at Roanoke Chowan Hospital during that time. He served as a family practitioner throughout much of Northeastern North Carolina, including Gates County and Rocky Mount, finishing his career in Murfreesboro, North Carolina.

Stanleigh volunteered at the Ahoskie Food Pantry and Vidant Hospital, and was very active at St. Thomas Episcopal Church.

Dr. Jenkins was preceded in death by his father, Rev. Stanleigh E. Jenkins, Sr., and his mother, Agnes Brown Jenkins

Garrett-Sykes Funeral Service – Ahoskie Chapel is handling the arrangements for the Jenkins family and online condolences can be directed to the family by visiting www.garrettsykesfs.com.