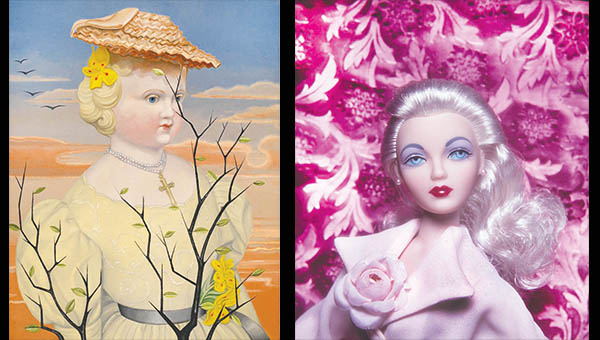 A sampling of Ahoskie native Mel Odom’s work is shown above and currently part of his one man art exhibition at Portraits Inc. – located at 6 East 92nd Street, #1, New York, NY. | CONTRIBUTED PHOTOS

NEW YORK, NY – His creative genius was noted during his upbringing in Ahoskie.

Odom’s “Secrets Garden” exhibition represents a decade of his unique art in one of nation’s premiere galleries for portraiture.

During a telephone interview last week, Odom said that while he has been a part several art exhibits before, this is his first one man show. 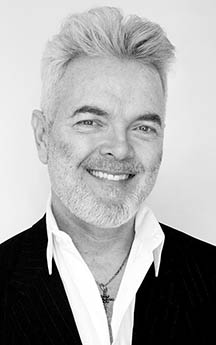 Odom is a well-known illustrator, artist, and creator of the Gene Marshall collection of dolls. He has published three books of his artworks over the years and is planning more for the future.

The Gene Marshall collection, sold exclusively online, is based upon the fashionable doings of his character, a fictional movie star from 1940s-1950s.

This doll collection is for adult buyers because, Odom said, the outfits Gene Marshall wears have small pieces, such as pins, that are not suitable for children.

The dolls represent Hollywood glamour at its height and each doll comes with a bit of Gene Marshall’s biography, printed by Hyperion Press.

According to his friend and former teacher, Carolyn B. Mitchell, Odom is a 1968 graduate of Ahoskie High School.

Mitchell said that while attending AHS, Odom made his first trip to New York City with the staff of AHS’s student newspaper, The Pow Wow.

Each year the staff of the school newspaper, including the teachers and chaperones, traveled to the big city to attend Columbia University’s Columbia Scholastic Press Association Convention.

While there, high school newspapers won awards for their work throughout the year.

Mitchell said, “Odom’s creativity and artistic gifts added to The Pow Wow’s medalist and first place success in the 1960s.”

Odom realized after graduation from AHS that he had to go to NYC because it was where all the big publishing houses were and it was the center of the art world.

He studied drawing at Virginia Commonwealth University in Richmond and then at Leeds Polytechnic Institute of Art and Design in England before going to NYC, where he still resides, to live and work.

During his early years he worked as a story illustrator for 17 years at Playboy magazine, as well as painting portraits, such as Ronald Reagan and Margaret Thatcher, for Time and other magazines.

He illustrated many book covers and album covers during the 1980s and won acclaim from his peers many times, especially as a gold and silver medalist from the Society of Illustrators.

He still visits Ahoskie, coming home for his 45th AHS reunion a couple of years ago.

“I love Ahoskie,” he said, but lamented the decline of Main Street since his time.

He said many of his old haunts have been boarded up with nothing coming in to keep Main Street the vital, thriving, and functional Ahoskie it was “when I was a child.”

He has fond memories of his hometown, and still credits his former art teachers Rebecca Askew and Esther Hutcherson with his start as an illustrator and artist.

Odom especially praised Askew, who he first started getting art lessons from when he was seven years old.

While attending AHS, Odom performed at the Gallery Theatre, where some of his art still hangs.

He said he hopes the people now working to revitalize Ahoskie’s Main Street have great success.