MURFREESBORO – Mr. Edward Thomas Warren, age 69, died peacefully at his home in of Middlesex, NC on Wednesday, December 16, 2015. He was born on December 22, 1945 to Emitt and Cornelia Warren of Murfreesboro, NC.

Edward was a lifelong member of the Meherrin Baptist Church in Murfreesboro, NC. 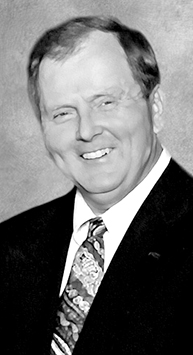 Edward graduated from Murfreesboro High School in 1965 where he played football. Following high school graduation, he joined the US Army where he served for two years; the last year of which he served in Vietnam. He was a disabled American Veteran.

Edward received an associate degree in Business Administration from Roanoke Chowan Community College. He retired as a meat cutter from Lowes’ Foods in 2004 following thirty-six years of service and dedication to the grocery industry. He joined the Murfreesboro Lions Club in 1984 and served for over twenty-five years.

The family will receive friends on Friday, December 18, 2015 from 7:00-8:30 pm at the Garrett-Sykes Memorial Chapel in Murfreesboro, NC and at other times at the home of Richard and Renee’ Jilcott.

Garrett-Sykes Memorial Chapel is handling the arrangements for the Warren family and online condolences can be directed to the family by visiting www.garrettsykesfs.com.