RALEIGH – Lenora Maxine Wise, “Maxine” joined the Lord on Tuesday, October 20, 2015 after a courageous fight with lymphoma. She was born on May 30, 1939 in Kinston, North Carolina to Hazel Engebretzen Wise and Everland Thornton, “ET” Wise.

Maxine is survived by her devoted daughter, Allison Serafin, of Raleigh. In addition, she had two loving brothers, Harold Wise, who predeceased her, and Wesley Wise who resides in Oklahoma City, OK with his sons, Jeffrey and Casey, and their families. Maxine leaves behind her aunt, Eleanor Wise Bennett; and many cousins, Mary Wise of 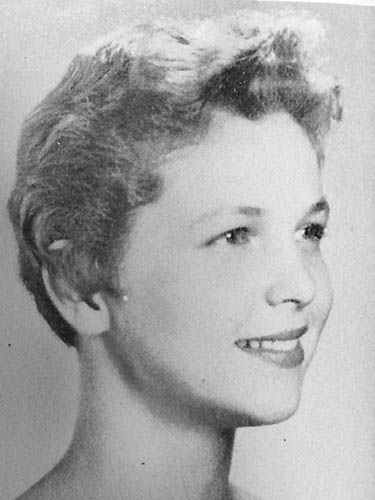 Maxine was a proud 1957 graduate of Ahoskie High. She obtained her B.S. at UNC –CH in Dental Hygiene; her M. ED. in Library Education at the University of Georgia; her MSLS at UNC-CH; and her Certificate of Advanced Study in Library Science at ECU. Maxine served as the Media Coordinator at Atlantic School in Atlantic, NC. Maxine took pride in teaching her students how to read. She enjoyed even more, seeing her students grow up and return with their own children, and teaching the next generations. At one time, she was pleased to say she taught at least three generations “down east” how to read.

Maxine’s roots are anchored in the Outer Banks. Her Great Grandmother, Rowena Rollinson Quidley, was known as a pioneer in Buxton and Cape Hatteras where she served as the first midwife and practical doctor during times when professional services were not available in the area. One of her fondest childhood memories is playing in the Cape Hatteras lighthouse and swinging on the upper deck rail, along with a brood of cousins, where her Great Grandfather, Guy Quidley, was one of many Quidley men who served as lighthouse keepers. In the 1800s, Maxine’s paternal grandfather’s family (Wise and Midgett) deeded family land for the site of the Bodie Island lighthouse. Maxine’s Grandparents, Ursula Quidley Wise and Tom Wise, had ten children together, one of whom, Maxine’s father, eventually relocated the family and re-established the homestead in Nags Head.

Maxine was a devout member of St. Andrews Episcopal Church in Morehead City where she found a great sense of purpose and love of the Lord.

In lieu of flowers, donations to St. Andrews Episcopal Church in Morehead City, NC are encouraged.