Arrest made in GC murder

GATESVILLE – A Virginia man is in custody, charged in the June 13 murder of Calvin Bell Jr. and Gates County Sheriff Ed Webb is seeking others involved in the case.

Webb reported that 29-year-old Aaron Paul Holland of Portsmouth was arrested Wednesday in his hometown. Holland was scheduled to appear in court on Thursday in Portsmouth where he can either waive or fight extradition back to Gates County. 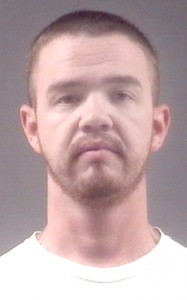 “He (Holland) has been a person of interest in this case the entire time,” said Webb on Thursday. “From the information we gathered through our investigation on the day of the shooting we knew there was a tan-colored crew cab truck seen leaving the scene at a high rate of speed and that the truck was possibly damaged when it struck a tree in Mr. Bell’s yard. That truck was recovered in Portsmouth a day or two after the shooting and seized as evidence and we’ve been putting together the pieces ever since that time.”

Webb added that Holland was also the target of DEA and ATF agents on federal charges unrelated to the murder. That led to Holland’s arrest last week, and he was released on bail.

“Apparently, Mr. Holland was a person of interest to other law enforcement agencies,” Webb said. “I guess we all came to the conclusion that we were all targeting the same individual on different charges.”

Webb said along with the DEA and ATF, the Portsmouth Police, Chesapeake Police, and Chesapeake Sheriff were also working the case, as were the Gates County Sheriff’s Office and the North Carolina State Bureau of Investigation.

As far as if Holland knew Bell prior to the murder, Webb said the investigation did not lead to a solid link between the two men.

“The best we can tell is that he (Holland) has no major ties to Gates County,” Webb said. “We do feel it’s a narcotic related event and that it was a home invasion/robbery that went bad.”

Webb added that the investigation is ongoing.

“We’re still looking for at least three individuals that were in the truck with Mr. Holland on the day of the murder,” the Sheriff said.

Bell, who resided on NC 37 near its intersection with NC 32 in the Hobbsville area of Gates County, was found deceased in a field adjacent to his home. He died of a gunshot wound.

Based on the initial investigation, which included the SBI who sent a crime scene technician to Bell’s residence, it is believed the incident began with the suspects entering Bell’s home. Webb said back in June that the inside of the home was ransacked.

“We believe at some point that Mr. Bell walked in and caught the suspects in the act,” Webb said.

The Sheriff said there were shots fired from two different weapons, to include a shotgun, inside the residence. Shell casings from a handgun were also discovered outside the home.

“We do have evidence that shows us that Mr. Bell ran out the back door of his home, turned right, and ran about 50 yards before collapsing in a farm field adjacent to his home,” Webb noted. “We also received one report that the truck stopped a short distance after leaving the residence and a white male exited the truck, ran over to where the body was and then ran back to the truck.”