HALIFAX – A Northampton County man employed as a Probation Officer is due in court here early next week after he was arrested Thursday by agents of the State Bureau of Investigation for attempted rape, allegedly against one of his probationers. 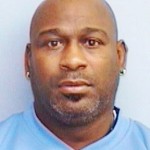 Ingram was employed as a probation officer in Halifax County at the time of his arrest.

He is the husband of District 3 State Senator Erica Smith-Ingram. She has released a statement following the arrest:

“As many of you may be aware, there have been serious allegations made against my husband. While I have no knowledge of the basis for these claims, I trust due process. At this time, I am not able to respond to media requests for information in regard to this ongoing investigation. My family and I appreciate your prayers,” she stated.

Edwin Ingram appeared before a magistrate and received a $50,000 secured bond. Ingram was fingerprinted and photographed at the Roanoke Rapids Police Department before being released.

He is scheduled for his initial appearance in Halifax County District Court on Sept. 23.

The Roanoke Rapids Police Department made the request for an investigation by the SBI after receiving information alleging Edwin Ingram had inappropriate relationships with his probationers.

The SBI said the investigation remains active and anyone with additional information is urged to call a 24-hour hotline at 336-209-5201. The hotline will be active for the next 30 days.