Third arrest made in Woodland shooting

JACKSON – A third individual wanted in connection with a May 27 shooting near Woodland is now behind bars. 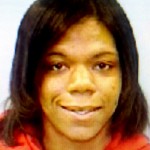 Shanika Deloatch was charged with assault with deadly weapon with the intent to kill, discharging a weapon into moving or occupied vehicle, and accessory after the fact. Each charge is a felony.

Captain Deloatch said Shanika Deloatch was allegedly the driver of the vehicle from which the shots were fired.

One week following the May 27 incident, the Northampton County Sheriff’s Office arrested two Conway women – Lashonda Warren, 17, and Shantay Warren, 23 – as the shooters in the case. They were each charged with seven counts of assault with a deadly weapon with intent to kill; three counts of assault on a child under seven; and one count of discharging a weapon into an occupied vehicle while moving.

Captain Deloatch said three children under the age of 12 were in the car at the time the shots were fired, along with four other people. No one was injured, although one child did get glass in their face.

An investigation by NCSO Lieutenant Courtney Williams and Sergeant Jonathan Jenkins led to the arrest of the two Conway women.

Northampton County Sheriff Jack Smith commended Deputy J.M. Britt in following up in the investigation, leading to the arrest of Shanika Deloatch.

“We strongly encourage all our citizens to always be mindful that children may be present in vehicles and in homes,” Sheriff Smith said in a statement. “We should never do anything such as this, putting our children and others in harms way. If you need assistance in resolving issues with others please call the Northampton County Sheriff’s Office or 911 and we will try to help resolve your issues in a prompt and peaceful manner.”