SEABOARD – They were two young men, just entering their prime, whose potential in life will never be known.

Nearly three years have passed since then 17-year-old Damon Riddick and then 24-year-old Kevin Wilson Branch were murdered less than 48 hours apart in Seaboard. To date, their killers remain unknown. 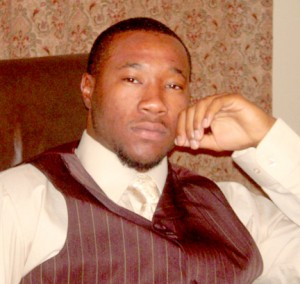 Kevin Branch was shot and killed on Oct. 28, 2012 as he walked along the railroad tracks in Seaboard.

Riddick was shot and killed in the early evening hours of Oct. 26, 2012 during what was determined by law enforcement as a home invasion at 307 Faison Street.

In that case, Seaboard Police Chief George Reed said the investigation showed an unknown person wearing a black hoodie and black bandanna over their face entered the home through the back door of the residence with a pistol-gripped sawed off shot gun. The suspect struggled with Riddick before shooting him in the face.

The second shooting claimed Branch’s life on Oct. 28, 2012 in an area known as the “Fox Hole” located between Highway 186 and Pine Street. Reed discovered Branch’s body lying near the railroad tracks

Reed said upon investigation it was discovered a number of individuals, possibly armed with shotguns and a handgun, were waiting behind a storage barn as Branch and his cousin were walking back from a local store. The Police Chief said at that time five to six individuals wearing black hoodies and black bandanas were seen running after the shooting, There was also a black Pathfinder seen leaving the scene.

For Gloria Darden (Branch’s mother), her daily commute from her Seaboard home carries her across the same stretch of railroad tracks where her son’s lifeless body was discovered.

“It hurts my heart and my soul when I cross those tracks,” she said in a telephone interview last week.

Darden said her son was, “a good young man.”

‘He didn’t socialize a lot and was home every night before midnight. He didn’t hang out in the street. He was a home person and he was cool with that,” she noted.

What Burden does find odd is that two murders occurred over a short time frame in a small town and, “nobody’s talking,” she said.

“I don’t hear anything from the law,” she stressed. “We twice met with the SBI and there has been no information since then. Nobody calls. Basically I have not received anything other than they tell me the case is still open. It seems that everything is secret….I don’t understand it. Maybe it’s a lack of resources, maybe they (law enforcement) need pull together and work this case better. 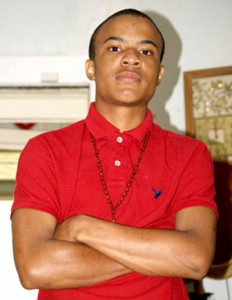 A home invasion on Oct. 26, 2012 in Seaboard claimed the life of Damon Riddick.

“They have shootings and homicides over in Halifax County and then you read in the paper a few days later that a suspect is in custody. My son has been dead for nearly three years and I haven’t heard a word about a possible suspect,” Darden added.

Even the presence of a $5,000 reward, as posted by the Office of the Governor of North Carolina, has not loosened the lips of those with information on her son’s murder.

“My concern about that reward was that it was not posted by the local police when they were notified of the reward back in 2013,” she said. “I went around town and posted the (reward) flyers myself.”

Even then, she said, some chose not to allow her to post the flyer.

“I don’t understand this community; this once was a place where everyone helped everyone, but it’s not that way anymore,” Darden remarked. “My community hasn’t done a thing for me over the loss of my son. I tried to put a reward poster in the Seaboard Town Hall, but I never got an answer if I could or could not. I was welcomed to put one up at the Weldon Town Hall.”

Darden continued, “This community just doesn’t pull together. You have to get out there and fight for your community, like they did over in Conway. It’s not just that my son was murdered; houses got shot up over here and nobody says nothing. The community didn’t come out and say anything. It seems like we’ve become so isolated.  None of the churches here have rallied to stop the violence. I find that odd that they don’t rally for the youth.”

Meanwhile, Darden said she refuses to, “let this go.”

“I hope this case is solved and it’s not swept under the rug. I haven’t given up hope. I still pray and I’m still fighting for my son. I’ll just leave this to God; he seems to be the only one on my side,” she concluded.

However, Darden does have an ally in Tony Burnette, president of the Northampton County Chapter of the NAACP. He sought answers to the questions posed by the families of the two murder victims when he attended an Aug. 11 meeting of the Seaboard Town Commissioners.

“We went to that meeting in an effort to partner with the town commissioners in these two cases, but they made no response,” Burnette stated.

What Burnette and members of the Riddick family did learn from that meeting was that North Carolina Governor Pat McCrory did issue a $5,000 reward in the Riddick murder; just as he had done in the Branch case.

“We were informed that the (Seaboard Police) Chief was contacted over two years ago by the Governor’s office about a $5,000 reward, but that info (flyer) was never posted,” Burnette said. “Why did he (Reed) sit on the reward poster for that long? When you receive such notice, you post it immediately because rewards generate leads in a case.”

Burnette, a part-time police officer with the Town of Jackson, stressed that lawmen typically stay in touch on a regular basis with the families of victims of violent crimes.

“When you have a grieving family, law enforcement needs to comfort them and keep them abreast of what’s going on in this time of crisis,” he said. “The NAACP has embraced these Seaboard families in an effort to help them find closure.

“Reward posters help spur leads; you don’t sit on them,” Burnette added. “We have great law enforcement officers here in our area, but in these Seaboard cases the ball got dropped. You can’t assume that everyone automatically knows about the rewards…you post the flyers and contact all forms of media and let them help spread the word.”

Burnette said a pending event in Jackson on Sept. 26 will perhaps help get the word out to the public.

“We had a fantastic community rally in Conway last month after all the violence there; we are planning the same type of event in Jackson,” he noted. “This rally will be from 10 a.m. until 12 noon and will focus its attention on the two murders in Seaboard back in 2012 as well as for the six individuals currently missing in Northampton and Halifax counties.”

“We’re inviting all to attend, to include local churches. We’re hoping this event will inspire people and touch someone’s heart to help bring closure to all these cases,” Burnette concluded.