MURFREESBORO – A local teen is being held under a $250,000 secured bond after he admitted to having sex with an 11-year-old girl.

Akylleas Kaetrell Boone, 16, of Merriman Avenue, Murfreesboro, stands charged with two felony counts each of first degree rape of a child, and indecent liberties with a child. 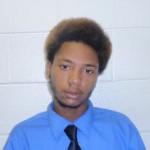 Boone was scheduled to make his initial appearance Friday in Hertford County District Court to answer those charges.

According to Hertford County Sheriff Juan Vaughan, his office became involved in the case after the victim’s mother, who resides in Murfreesboro, reported her daughter missing in the early morning hours of Wednesday, Aug. 19.

The Sheriff went on to say that the young girl had returned home by the time HCSO Deputy Allen Archer arrived at the residence at around 4:25 a.m.

“In the presence of my officer, the mother asked her daughter where had she been and the daughter replied that she had been with Akylleas Boone having sex down the road at a house,” Vaughan said.

Later, at Vidant Roanoke-Chowan Hospital where a rape kit was administered on the victim, Vaughan said the mother wrote a statement on behalf of her daughter, saying that the young girl had informed Boone that she was 14-years-old and they had engaged in sexual intercourse on two occasions.

Meanwhile, Archer went to the Murfreesboro Police Department upon gaining knowledge of a young, black male there who was being checked out medically by Hertford County EMS after being struck by a vehicle while crossing the road. That individual was Akylleas Boone.

“After he (Boone) was transported to RCH (Vidant Roanoke-Chowan Hospital) and was treated for his injuries, Deputy Archer along with Sgt. Leon Eason and Detective Dexter Hayes interviewed the young man in the presence of his father,” Vaughan said. “In his statement, he (Boone) said he had met the victim about a month ago and they began chatting back and forth on Facebook. He admitted to having sex with the young girl, the first time a few weeks ago and the second time on Wednesday morning of this week.”

Vaughan added that Boone confirmed that the victim had told him she was 14-years-old.

“After learning she was only 11, he (Boone) said if he had known her true age, he wouldn’t have messed with her,” said Vaughan.