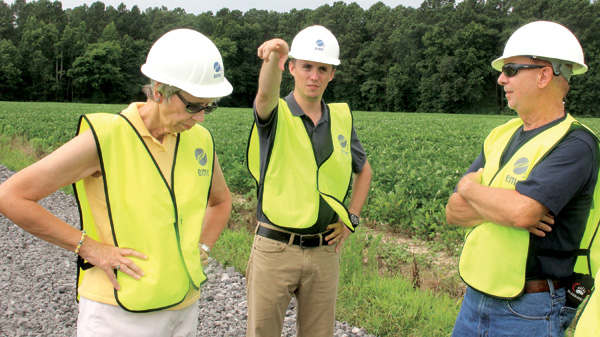 RODUCO – Founded in 1779, Gates County has long been the home of family farms….hearty men and women who till the rich, fertile soil of Carolina’s Coastal Plain to scratch out a living.

Soon, one of those long-standing family farms will begin producing another commodity – solar energy, with an agricultural twist.

On July 23, officials with O2emc hosted an open house at property it has purchased just off US 158 near Roduco. There the company, based in Cornelius, NC (near Charlotte) is currently in the process of constructing a solar farm on 66 acres of land. The land was purchased from Annie Beasley. 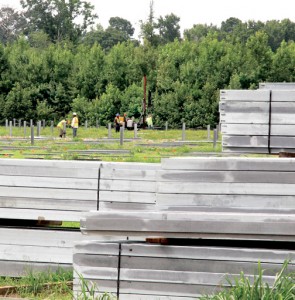 Stacks of metal posts sit in the foreground while crews work in the background to drive the posts into the ground at the O2emc site in Gates County. Staff Photo by Cal Bryant

“This our first solar project here in the northeastern part of the state,” said company CEO Joel Olsen Jr., adding that his firm has 17 solar farms already in operation across the state, the first opening at Grandfather’s Mountain in 2011. He later said another local solar farm (20 mw capacity) will be built in Chowan County.

O2emc is an independent power producer who develops, owns and operates their facilities.

“We sign long-term agreements with the utility companies to sell the power,” Olsen said.

He added that the Gates County facility will be capable of generating 11 million kilowatt hours of electricity per year, which in layman’s terms is enough to power over 800 homes annually. To reference that number locally, Olsen said the one particular power line running along US 158 near the site is 14 miles in length. The Gates County solar farm will produce enough electricity to keep that line charged year-round during daylight hours.

“At night, the grid currently operated by your local electrical provider takes over, but you will not notice a thing,” Olsen said.

The Gates County project will mark the first time that O2emc will use a tracking system on their solar panels. Those panels will move with the sun…meaning they are facing east in the morning; are straight up at noon; and tilted west in the afternoon.

“We’re excited about that new system,” Olsen said, adding that the motors driving the tracking system are, of course, powered by solar energy, which allows for more rows of panels to be installed and makes better use of the acreage.

Olsen said at each project area, the company integrates technology with education with the STEM program offered by the public schools (6th grade and 8th grade science curriculums over a six-week period). After those students complete the classroom work with that program, a field trip is arranged to the solar farm site in order for them to witness how the technology works “large scale.” 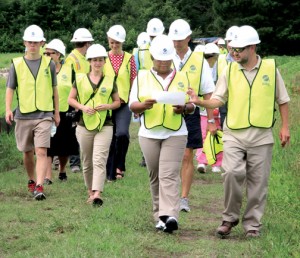 Another unique aspect to O2emc’s business platform is they offer the solar site for use by local livestock farmers.

“We partner with Sun-Raised Farms, based in Bunn, NC, in an effort to find a farmer that lives within five miles of each of our solar farms that has livestock, primarily sheep, that they need to locate to another place to feed while their pasture is at rest,” Olsen said. “We build these solar farms with an agricultural use still in mind.”

Olsen said the fencing constructed around the site is “coyote proof” and corrals are integrated into that fencing in order to unload and load the sheep. A built-in system will provide water to the sheep while they are grazing on the property.

“What’s really unique about this relationship is that the local farmer is able to sell the sheep wherever they want, but keep in mind that Sun-Raised Farms will purchase that livestock at 25 percent above the market (price),” Olsen stressed. “They have a relationship with Whole Foods, a large natural foods grocery store chain here in North Carolina, and the only sheep from North Carolina they sell are from our solar farms.”

O2emc is also studying the possible integration of bee keeping and potato farming on the solar sites.

“We just don’t put up something and forget it,” Olsen continued. “We want to be a member of your community, through education and agriculture, and during the construction phase we try to maximize the opportunity for local contractors, service providers, and local people who want to work during construction of the solar farm.”

Duane Davidson, the company’s CFO, told the group he took on a tour of the solar farm that the site would be basically “noise free.”

“Other than the hum of an (electrical) inverter or transformer, that’s all you will hear at the site, and you would have to be within 20 feet of that inverter to hear the hum,” Davidson noted. “The sheep will keep the grass trimmed as they graze.”

Like his boss, Davidson said O2emc was, “here for the long haul.”

“We purchased this land, it’s not a lease, so we own it and we will manage it in an effort to make it profitable,” he stated. “We’re also a North Carolina company and take pride in doing business in our state. We’re here for the long term and to protect the best interests of our company and Gates County.” 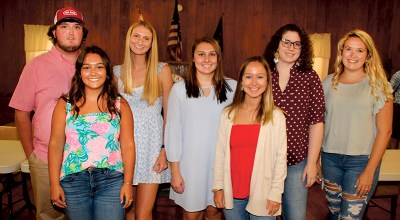