Arrest made in March shooting

RICH SQUARE – A Rich Square man wanted since March in a double shooting is now behind bars.

The Northampton County Sheriff’s Office has arrested 39-year-old Christopher Pierre Smith. He stands charged from an incident that occurred back on March 3 where he allegedly shot two people at a residence off of Bryantown Road, located near Rich Square. 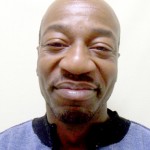 Smith is being held under a $600,000 bond on the charges of two felony counts each of attempted first degree murder, assault with a deadly weapon with attempt to kill, and discharging a weapon into a vehicle.

He is scheduled to make his first appearance in Northampton County District Court on July 13.

According to Northampton Sheriff Jack Smith, the suspect was spotted by NCSO Lt. Courtney Williams at a fast food restaurant and was taken into custody without incident. NCSO Sgt. Bonja Wood assisted in bringing the suspect into custody.

“The Northampton County Sheriff’s Office is dedicated to apprehending and bringing to justice those who attempt to elude arrest and not appear before the court to answer the charges brought against them. I would like to commend Lt. Williams for his keen observation on this occasion,” said Sheriff Smith.

The Sheriff added that the two victims involved in the shooting have recovered from their injuries.