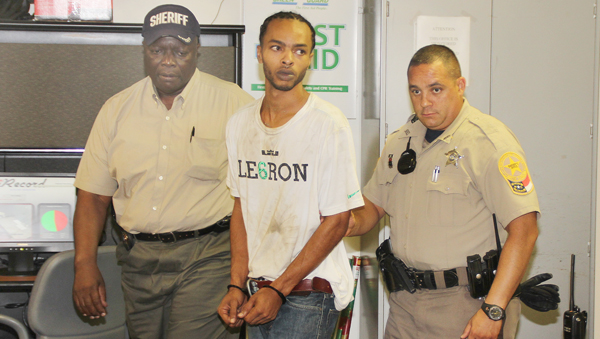 MURFREESBORO – The fourth and final suspect wanted in the June 26 murder of a Conway man was captured here early Tuesday evening.

Rumeal Daye, 24, of Conway was found hiding in the attic of a residence at 301 Boyette Street in Murfreesboro shortly after 8 p.m. Based on information given to Murfreesboro Police Chief Darrell Rowe and Hertford County Sheriff Juan Vaughan, the residence was quickly surrounded by law enforcement officers from those two agencies.

Rowe said once the residence was surrounded, an order was given for those inside to come out. He said two individuals, a male and female, complied with that order. However, the male subject was not Daye.

“We repeatedly asked those two individuals if there was anyone else still inside the residence, to which they said no,” Rowe stated.

At that point, a highly trained tactical team, comprised of officers from the two agencies and a canine, was sent inside the residence. A room-by-room search failed to turn up the suspect. 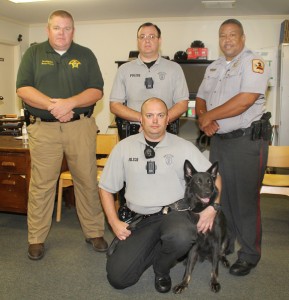 “There was only one place left to look and that was in the attic,” Rowe said. “The team first used a mirror to safely peer into the attic and it was at that time where Mr. Daye was observed, lying on the floor of the attic. A verbal command was given for him to surrender and he was taken into custody without incident.”

Rowe called the effort to locate and arrest Daye a “dangerous situation.”

“You’re faced with a person wanted for murder, so you do not know what his intentions are at that point,” Rowe stated. “Everything was done professionally and by the book. For the safety of those living in close proximity to the residence, we cleared the homes on either side of 301 Boyette Street and moved those residents to the end of the street. All the training we go through to handle situations such as this paid off tonight.”

Rowe commended all the officers involved, to include Chowan University Police, as well as assistance provided by Hertford County EMS and the Murfreesboro Fire Department.

“This is a prime example of how law enforcement works in small, rural areas….we all came together to get this man off the street in an effort to protect the lives of others,” Smith added. “We have a wonderful relationship with the Murfreesboro Police, Ahoskie Police and Hertford County Sheriff. We rely on them for help and we’re there for them when they need us.”

Vaughan echoed the fact that the different law enforcement agencies in the local area do work well together.

“We may be separated by town lines and county lines, but this case is proof that we all have the same goal and that’s to arrest those involved in criminal activity and to protect our citizens,” Vaughan stressed. “We put a plan together and carried it out to perfection. And the best part is that the citizens are appreciative of our efforts. They wanted this man off the street just as badly as we did.”

The Roanoke-Chowan News-Herald also learned the other wanted fugitive in the Conway murder – Akeem Robinson, 24 – was captured late Tuesday afternoon in Roanoke Rapids.

Shuntavius Vaughan of Conway was shot and killed at 305 Fields Drive at the Conway Village Apartments last Friday morning. The Conway Police Department, the North Carolina State Bureau of Investigation and the Northampton County Sheriff’s Office have been investigating the crime since that time.

One of the original four suspects, 25-year-old Chenail Jordan, Jr., was arrested on Friday; while another, Brandon Joyner, 24, of Conway, turned himself at around 12:30 p.m. Saturday. They, along with the recently arrested Daye and Robinson, are currently being held in the Northampton County Jail without the opportunity of bond.

All four men stand charged with first degree murder, attempted murder, assault with a deadly weapon with intent to kill, shooting into an occupied dwelling, and possession of firearm by a felon.