JACKSON – The Northampton County Sheriff’s Office arrested Ronnie Lee Daniels, 27, of Roanoke Rapids on charges stemming from a burglary in Jackson on June 6 were he allegedly broke into a residence on Peebles Street.

Daniels was seen walking in the area and was detained by NCSO Sgt. P. Jacobs and Deputy A. Leitner. Upon further investigation it was determined that Daniels was the suspect in the B&E and burglary and he was taken into custody. 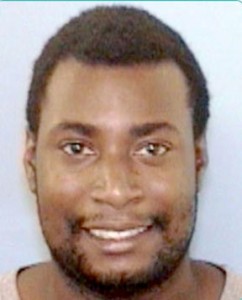 Daniels was charged with first degree burglary, breaking and entering of a motor vehicle, and larceny and damage to personal property. He was placed in the Northampton County Detention Center with a $36,000 secured bond and is scheduled to make his first court appearance on June 11.

“The Northampton County Sheriff’s Office is dedicated to assisting all the local police departments and its citizens as much as and as often as possible,” said Northampton Sheriff Jack Smith. “We encourage citizens to call us for assistance anytime they feel that help is needed. We also encourage our citizens to be a good witness by getting a good description of the suspect, to include clothing and mode and direction of travel.

“I would like to thank the Northampton County deputies and investigators for their prompt action to help take the suspect into custody. Our members did a good job in this case and we will continue to serve with quick response, professionalism and integrity,” the Sheriff added.