RALEIGH – Another defendant in the Operation Rockfish police corruption case is asking the court to revoke his detention order. 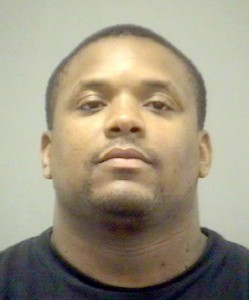 The motion seeks that the magistrate judge revoke the order of detention and enter an order that releases Tillmon under appropriate conditions.

Brenner argues that Tillmon presented substantial evidence of a secure, stable third party custodian at the detention hearing in the form of his grandmother Helen Tillmon and his friend Cameron Joyner, who is entering the police academy in Martin County.

“Though elderly, Ms. Tillmon has demonstrated she can care and look after Mr. Tillmon, as she currently has his children living in her home while this case is pending. Furthermore, other family and community resources, including Mr. Joyner, are available to ensure supervision,” Brenner said.

Brenner states that Ms. Tillmon owns her own home and has few expenses.

“She is financially independent. Her home is stable and does not require Mr. Tillmon to contribute any resources. Thus Mr. Tillmon can be secure without the direct need for employment while awaiting trial in this case. There is no need for him to obtain employment during the pendency of this case. Ms. Tillmon has a ground telephone line to ensure monitoring as well,” he noted.

Tillmon, according to the motion, has substantial ties to the community of Windsor and the surrounding area. His three children, Ms. Tillmon, and most if not all of his friends live around Windsor.

In the motion, Brenner also discusses the integrity of the government’s case.

“Though the government has filed charges that carry substantial mandatory minimum sentences, the nature and quality of the evidence will likely be at issue,” the document says.

It explains the government has alleged that Tillmon, at most, received approximately $6,500 for his limited role in the events at issue in this case.

The motion further says the government summarily alleged at the detention hearing that Tillmon brought his children to one of the alleged meetings of the defendants in this case.

“Counsel respectfully submits that there was no record evidence that Mr. Tillmon knew what the meeting was going to be about. It is an unwarranted assumption that Mr. Tillmon’s bringing his children to the meeting supports that he is either a bad father or dangerous to the community,” Brenner wrote.

Brenner argues that the government’s conclusion that Tillmon is particularly dangerous because he has firearms training is unwarranted.

“Counsel respectfully submits that familiarity with firearms, whether by sportsmen, target shooters, or others, is more the rule than the exception in Eastern North Carolina. To hold that firearms training or ownership renders one more dangerous than others in our district, thereby requiring pre-trial detention, would expose much of the population of Eastern North Carolina, who may have family long gun collections, hunting rifles, concealed carry permits, and other associations with firearms, to pretrial detention,” the motion states.

Furthermore, the attorney argues, Tillmon’s firearms were collected by the FBI in this case and he does not have access to any firearms that were released.

“Not only does Mr. Tillmon have virtually no criminal record, he was not subject to the original corruption investigation within the Northampton County Office which gave rise to Operation Rockfish. In other words he had committed no crimes nor was he suspected of committing any crimes before Operation Rockfish,” Brenner argued in the motion.

The motion claims at the detention hearing an agent was unable to identify who allegedly spoke to Tillmon about joining the group of co-defendants and whether or not Tillmon may have been misled or did not have criminal intent. “(The magistrate judge) in large part based his order of detention on the government’s strong case without considering possible defenses or affirmative defenses such as entrapment or mistake of fact or law.”

The motion says the detention order also references flight risk without data or a strong showing that first time offenders with well-recognized defenses are likely to flee. “In this case Mr. Tillmon lacks the desire or resources to flee and has custody of his children. It strains credulity to believe that Mr. Tillmon would flee and permanently give up his children or engage in acts of violence were he released.”

Brenner requests the court enter an order revoking detention and instead order that Tillmon be released under appropriate conditions to include placement at Ms. Tillmon’s home with substantial movement restrictions and monitoring.

The Operation Rockfish police corruption sting contains a 54-count federal indictment that alleges 13 current and former law enforcement officers and two other individuals protected narcotics shipments and cash proceeds during transit along the East Coast for what they believed was a large-scale drug trafficking organization that was actually a two-year undercover operation by the FBI.

(Lance Martin is Editor and Publisher of www.rrspin.com. This story is reprinted with his permission.)