JACKSON – A Virginia man wanted for felonious sexual acts against a child less than one year of age has been returned to Northampton County to answer to those charges. 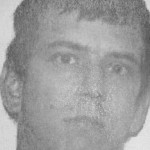 Pruitt stands charged with one count each of first degree sex offense on a child, indecent liberties with a child, and incest with a child under the age of 1.

He was jailed under a $425,000 secured bond and made his initial appearance on Tuesday of this week in Northampton County District Court.

“I would like to thank Sheriff Mark Marshall and the Isle of Wight Sheriff’s Office for their assistance,” stated Northampton County Sheriff Jack Smith. “Also I would like to thank Family Services of Piedmont in Greensboro and the Guilford County Department of Social Services for their assistance. I would also like to commend Det. Sgt. P. Jacobs for efforts in this case.”