RICH SQUARE – The Northampton County Sheriff’s Office responded to a shoplifting call on Monday at the Dollar General in Rich Square. 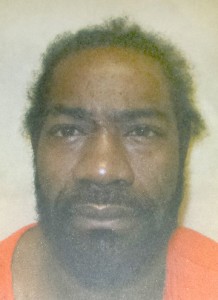 While enroute to the call, Deputy J. Britt observed the suspect vehicle pulling into a residence near Lover’s Lane Road outside of Rich Square. Once deputies made contact with the suspects they observed several packages of meat lying on the rear passenger seat. After further investigation it was determined that the meat was taken from Food Lion in Scotland Neck and from the Dollar General in Rich Square.

While searching, deputies also found packages of meat inside the suspect’s pants leg.

Deputies took Jeffery Abdul Battle, 37 of Rocky Mount, into custody and he was charged with eight counts of larceny and driving while license were revoked. He was given a $10,000 secured bond and a May 19 court date.

“We like to commend and encourage all businesses to report and gather detailed information to pass on to law enforcement agencies to assist them making arrests. I would like thank Deputy J. Britt and Sgt D. Twine for their efforts,” added the Sheriff.

Are you ready to Relay?