WINTON – Two local men are behind bars here following their arrests on separate breaking and entering and larceny charges. 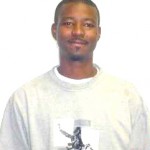 The latest arrest occurred Wednesday, March 18 when a suspect in three B&E/larceny cases tried to elude capture by hiding in a wooded area after being spotted by employees of a local farming operation exiting a residence that was later discovered to have been burglarized.

Jerry Randolph White, 44, of NC 45 South, Colerain, was arrested and charged in the theft of numerous items from a residence on Cottons Island Road near Cofield. White was subsequently charged in two other B&E/larceny cases, leading to arrest warrants being drawn by the Hertford County Sheriff’s Office for three felony counts each of breaking and entering, larceny after breaking and entering, and possession of stolen goods/property. He is being held under a $150,000 secured bond and was scheduled to make his initial court appearance yesterday (Friday).

While thanking the farm operation workers for their assistance in this case, Hertford County Sheriff Juan Vaughan said White’s arrest was also based on evidence collected inside the burglarized residence.

“The owner of this home lives in the western part of the state and once he was contacted about the break-in, he sent a friend who lives here locally to speak on his behalf with my deputies at the scene,” said Vaughan. “At that time, Investigator Brian Pearce learned that the owner had placed three trail cameras inside the home. He (Pearce) retrieved the memory cards from all three cameras and viewed the images on the laptop computer in his patrol car. Two of the three cameras had images of Mr. White.”

Vaughan added that while Pearce was conducting his investigation at the residence, other HCSO officers – Captain Mike Stephenson, Chief Deputy Raymond Eure, Detectives Tom Helms and Dexter Hayes, and deputies John Parker and Jesse Fennell Jr. – were searching for White.

“The suspect had fled after the farm workers had initially confronted him at the residence and blocked the driveway when they sensed something wasn’t right,” Vaughan said. “We do not encourage citizens to take such action as we fear that something bad will take place, but thankfully it didn’t in this case and the fact that the suspect fled on foot instead of a vehicle helped us to quickly track him down. The farm workers even went as far as to surround the wooded area while my officers went into the woods and searched.”

White was eventually spotted by Helms standing near the main entrance of Nucor Steel. Vaughan said White again attempted to flee by entering a wooded area, but Helms, the HCSO K-9 officer, and “Zeus” tracked him down after a brief chase.

Vaughan said White, after being transported to the Sheriff’s Office in Winton, originally told investigators he had met a man at an Ahoskie business who asked for a ride to a home belonging to his girlfriend to “get some things.”

“Mr. White claimed he never went inside the home and only helped the other man carry some items to the vehicle,” Vaughan said. “When we told Mr. White that we felt that was not the truth and then told him about the images of him on the trail cameras inside the home, he eventually confessed that he broke into the home.

“I would like to commend all my officers as well as the employees of the farming operation in helping to make this arrest,” Vaughan added. “Because of their actions, all the items stolen, to include various tools and equipment, from this residence were recovered.”

Additional investigation into the March 18 case led to White being charged with two other residential break-ins (Feb. 20 and March 10), both on Thomas Bridge Road near Cofield. Both of those cases involved the theft of 12 total weapons, two chainsaws, a cordless drill, a gun cabinet, a jewelry box, complete with costume jewelry, and a lock box containing various items.

Vaughan said that while White has stated he was not involved in either of those cases, witnesses have confirmed that the vehicle (a gray Ford Taurus) at the Cottons Island Road residence on March 18 was the same one spotted at or near the homes on Thomas Bridge Road on the respective dates of those break-ins. White is the registered owner of that vehicle, according to Vaughan.

The Sheriff added that the same method of forced entry was also used in all three cases. None of the items have been recovered from the residential break-ins on Thomas Bridge Road. 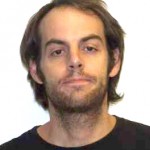 Vaughan stated this case also involved a victim that does not live full-time in Hertford County.

“In his case, the victim had his camper parked on land owned by Mr. Morse,” Vaughan said. “During his last visit here, the victim stated he left a four-wheeler parked at his camper and had asked another local man to pick-up that vehicle and store it for him. When that man came to pick-up the four-wheeler, it was missing and he contacted the owner to report that fact.”

Vaughan said once the victim returned to Hertford County on Jan. 10 from his full-time residence on the Outer Banks, he discovered other items were missing, to include a flat screen TV, a compound bow and case, and a crossbow.

With HCSO Investigators William Harrison and Brian Pearce working the case, the trail eventually led to a local pawn shop where the owner confirmed that Morse pawned a Vizio TV several months ago, but it was sold after the 90-day pawn period had elapsed. That pawn shop had also loaned Morse $100 for the compound bow, and $50 for the crossbow, with the balance on both still outstanding.

Vaughan said Pearce interviewed Morse at the Sheriff’s Office and after waiving his rights, admitted to breaking into the camper and stealing the TV and the bows.

“However, he stated that he didn’t take the ATV and didn’t know where it was at,” Vaughan said.

Morse was arrested March 12 and charged with the three felonies. He was jailed under a $72,000 secured bond – $60,000 for charges in Hertford County and $12,000 for an arrest warrant issued by the Bertie County Sheriff’s Office for larceny and obtaining property by false pretense.

“We stuck with this investigation and it paid off in the long run,” said Vaughan. “My guys did a great job.”

Accident delays traffic on US 13