MURFREESBORO – His face is so familiar that he feels like another member of the family.

If that is the case, then Scott Mason’s “family” can be found from the peak of Mt. Mitchell to the top of Jockey’s Ridge….and most all points in between. 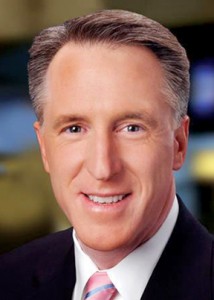 Mason – aka the Tar Heel Traveler on WRAL TV 5 in Raleigh – will serve as the keynote speaker at the 63rd annual Murfreesboro Chamber of Commerce Banquet. That event is set for Monday, March 16 at John’s Seafood & Steaks on Main Street, beginning with a 6 p.m. social hour and silent auction followed by a dinner and the program at 7 p.m.

Tickets remain available for $25 per person. They can be purchased at the Chamber of Commerce office or from any Chamber member. Call Judy at 252-398-4886 for additional information.

Mason is a broadcast journalist with 30 years of television experience. He has won dozens of awards for documentaries, writing, and feature reporting, including three National Edward R. Murrow awards and 20 regional Emmys. In both 2004 and 2005, the Electronic News Association of the Carolinas named Scott the North Carolina Television Reporter of the Year.

He has worked as a reporter and bureau chief for network affiliates in Chattanooga, Tennessee; Winston-Salem, North Carolina; and Dayton, Ohio.

In 1991, Mason joined the PBS affiliate in Richmond, Virginia, where he created, wrote, produced, and hosted a weekly newsmagazine. Virginia Currents won more than 100 awards for journalistic excellence during his tenure. The United States Information Agency distributed the program to embassies worldwide.

Mason’s success caught the attention of WRAL-TV. In April, 1997 he became the station’s Documentary Producer. He researched, wrote, and produced nine documentaries before adding his talents to the nightly news team as a reporter specializing in features.

Today, Mason is known as the Tar Heel Traveler. His Monday-Thursday feature series on WRAL takes viewers along the back roads of North Carolina where he meets memorable characters, finds out-of-the-way places, and unearths fascinating historical footnotes. The series has become so popular it has led to Tar Heel Traveler half-hour specials, which Mason produces each quarter.

Mason graduated in 1984 from Washington and Lee University in Lexington, Virginia, where he majored in Journalism and Communications. He is currently pursuing his master’s degree in creative writing at Queens University of Charlotte.

Mason lives in Raleigh with his wife Nina, daughters Lane and Genie, and son Scout.