JACKSON – In the aftermath of a shooting that sent two men to the hospital on Wednesday, the Northampton County Sheriff’s Office has drawn warrants for the arrest of a Rich Square man. 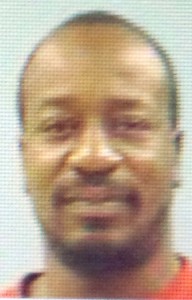 Smith left the scene of the shooting – at a residence on Bryant Town Road near Rich Square, prior to the arrival of NCSO deputies. It was reported that he may have fled the scene in a green Mazda Protégé. Later on Wednesday, NCSO officers put out a BOLO (Be on the Lookout) broadcasted by law enforcement agencies in surrounding counties that Smith may be a passenger in another vehicle driven by a female.

As of early Thursday afternoon, Smith’s whereabouts remains unknown. NCSO officials say that he is believed to be armed and dangerous.

According to the original police report, the call came in at 1:45 p.m. Wednesday in regards to a shooting at a residence on Bryant Town Road, near the Dick Harmony Road, southwest of Rich Square.

Harmon added that two of the males in the car were found a short time later, both suffering from gunshot wounds. They were both airlifted to Vidant Medical Center where they are currently listed in stable condition.

The investigation up until this point has led NCSO officials to conclude that as many as 12 shots were fired by Smith at the car. One victim was struck twice by bullets; the other was hit once.

Smith is described as a black male with a close haircut, approximately 6’-1” tall and weighing between 225 to 230 pounds.

(Lance Martin, Editor and Publisher of www.rrspin.com, contributed information to this story.)