JACKSON – In a scenario torn from the national headlines, a Roanoke Rapids man is wanted by local lawmen after he lured an individual to an area near Gaston under the pretense of buying a gaming system and then committed an act of armed robbery. 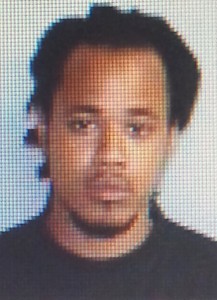 The Northampton County Sheriff’s Office has obtained arrest warrants for 28-year-old Paris Terell Rooks. The suspect is believed to live in Roanoke Rapids, although he is known to frequent the towns of Halifax and Weldon.

If anyone has any information on the whereabouts of Rooks, contact Northampton County Sheriff’s Office at 252-534-2611 and ask for Deloatch or Sgt. Jacobs.

This incident in Northampton County is similar to those occurring across the nation where criminals will use Craigslist or other popular forms of social media to set-up meetings at random places under the guise of wanting to purchase an item or items. However, when the unsuspecting seller arrives, they have come face-to-face with a weapon brandished by an alleged buyer.

Some of those cases have ended in murder.