JACKSON – A criminal case involving a rash of break-ins and larcenies of 18-wheelers parked at the North Carolina Welcome Center on I-95 in Northampton County has produced additional charges against a Powellsville man. 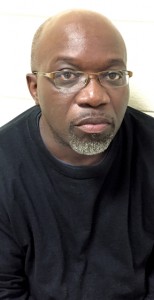 Askew was arrested Feb. 3 and initially charged with 12 counts each of breaking and entering of a motor vehicle, and larceny. His bond was then set at $11,000 and has now been increased to $104,000 based on the latest charges.

Additionally, Askew has been served with seven fugitive warrants from the state of Virginia. DeLoatch said Askew is wanted there by city and county law enforcement agencies on more than 40 criminal counts, including breaking and entering, larceny, and credit card theft.

“I would like to thank the Emporia (VA) Police Department and the Greensville County (VA) Sheriff’s Office for their assistance in helping bring this case to some closure,” said Northampton Sheriff Jack Smith. “This is the result when neighboring agencies work together to accomplish one common goal and that is to bring people to justice that commit these and all types of crimes.”

DeLoatch said that Askew was initially developed as a suspect in these crimes, and a sting operation was put in place to catch the alleged thief. That ploy worked when, on the morning of Feb. 3, Askew was arrested trying to break into another 18 wheeler at the Welcome Center, and was caught in the act by Lt. A. Thomas of the Northampton County Sheriff’s Office.