JACKSON – A criminal case involving a rash of break-ins and larcenies of 18-wheelers parked at the North Carolina Welcome Center on I-95 in Northampton County has been solved. 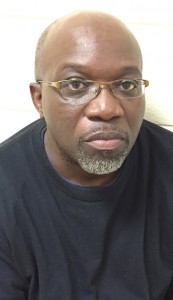 Askew was charged with 12 counts each of breaking and entering of a motor vehicle, and larceny. His bond was set at $11,000 secured and he was given a Feb. 19 court date.

According to Captain Mitch Deloatch Sr. of the Northampton Sheriff’s Criminal Investigations Division, Askew was initially developed as a suspect in these crimes. A sting operation was put in place to catch the elusive suspect. That ploy worked when, on Tuesday morning, Askew was arrested trying to break into another 18 wheeler at the Welcome Center, and was caught in the act by Lt. A. Thomas of the Northampton County Sheriff’s Office.

Deloatch added that Askew is also suspected of the same type of criminal activity in Greensville County, VA. Charges are pending in that case.