JACKSON – A routine traffic stop for a moving violation wound up as much more here last week. 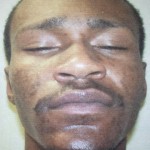 The charges stem from a Jan. 20 traffic stop performed by Northampton Sheriff’s Sgt. D. Carter who noticed the vehicle Jennings was operating was following another vehicle too closely.

When Carter made contact with the driver, Jennings admitted that he had a bag of marijuana in his possession. Jennings gave Carter consent to search his vehicle and his person.

While searching Jennings, Carter discovered a large amount of pills, thus leading to the arrest.

Jennings was jailed under a $200,000  secured bond. He is scheduled to make his first appearance in Northampton County District Court on Feb. 17 to answer those charges.

“The Northampton County Sheriff’s Office will continue to aggressively patrol and investigate all complaints of illegal drug activity. I commend Sgt Carter for his diligence and sharp eye while patrolling the highways,” said Northampton Sheriff Jack Smith.