WINTON – A trio of Roanoke Rapids residents, including two teens, are behind bars here on breaking and entering, assault, and kidnapping charges.

Hertford County Sheriff Juan Vaughan said the arrests stemmed from an incident that occurred Wednesday evening in Cofield. There, three suspects forced their way into one home and kidnapped one resident there before terrorizing the residents of a nearby home. 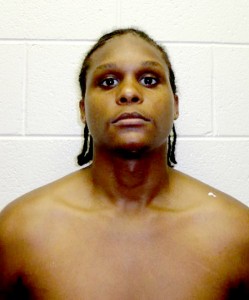 Currently incarcerated in the Hertford County Detention Center are:

Devonn Rakim Jones, 21, of 62 Walston Street, Roanoke Rapids – charged with breaking and entering (B&E), second degree kidnapping, assault on a female, felony conspiracy to commit B&E/larceny, assault on a child under 12 years of age, four counts of assault by pointing a gun, communicating threats, and going armed to the terror of people. His bond was set at $150,000 secured.

Ty’Quane Tyrone Johnson, 19, of 93 Melody Lane, Roanoke Rapids – charged with B&E, second degree kidnapping, felony conspiracy to commit B&E/larceny, and possession of a firearm by a felon. Bond was set at $135,000 secured.

Rahakeem Juvan Lashley, 16, of 62 Walston Street, Roanoke Rapids (the brother of Jones) was charged with B&E, second degree kidnapping, assault by pointing a gun, felony conspiracy to commit B&E/larceny, communicating threats, and going armed to the terror of people. He is held under a $125,000 secured bond.

All three men made their initial appearance on Friday in Hertford County District Court.

Vaughan said his office received a call at 7:36 p.m. on Wednesday in reference to shots being fired in the area of 101-H South Railroad Street in Cofield. 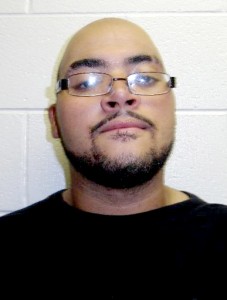 “Upon arrival of my officers, they learned that there were three suspects who had left the scene, last seen traveling on NC 45 towards Winton,” Vaughan said. “We had several eyewitnesses as to what took place and were given the name of one of the suspects, that being Devonn Jones.”

The Sheriff said as the three men made their way towards the Cofield home of Tonya Brown, as many as eight shots were heard being fired into the air.

“Those at Ms. Brown’s residence – to include her daughter, Sharlena, an eight-year-old child and an adult male – heard the gunshots and then heard someone kicking at the front door of the residence, so they all hid inside the house,” Vaughan stated.

He added that the investigation revealed that Jones and Sharlena Brown previously dated and that Jones was looking for her as well as her new boyfriend.

“Jones forcibly entered the residence, armed with a shotgun,” Vaughan said. “At that time Sharlena came up the hallway of the home at which time Jones grabbed her by the throat and started choking her and punching her in the face. He kept asking her where her new boyfriend was.”

Vaughan said Jones then forcibly pulled Sharlena Brown out of the residence. Once outside, she managed to escape and run to a neighbor’s home.

But the evening of terror was far from over. 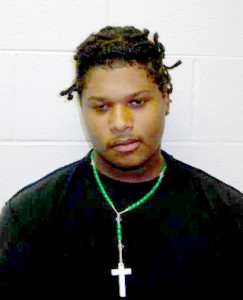 “She (Sharlena) ran inside the neighbor’s house while he (the neighbor) was standing just inside his front door with his children,” Vaughan said. “At that point, Jones handed the shotgun to his younger brother who, in turn, pointed the weapon at the neighbor and ordered him and his children to step out onto the front porch. Sharlena, apparently in an effort not to cause harm to her neighbor and his children, came out of the house at which time she was again accosted by Jones who grabbed her and began dragging her towards a vehicle.”

Vaughan said at that point, the third suspect (Johnson) urged Jones to release the woman, which he did. The three suspects then left the scene.

“We had a description of the car in which the three suspects were in and that vehicle was spotted by (Hertford County Sheriff’s) Lt. Greg Harrison traveling west on US 158 near the Potecasi Creek,” Vaughan said. “Lt. Harrison called in for back-up and we were able to perform a traffic stop and take the three suspects into custody without further incident.”

Vaughan said a search of the suspects’ vehicle turned up a 12-guage pump shotgun.

Assisting in the case were Sgt. Tom Helms, Lt. Tyrone Fennell, Deputy Issaii Williams, and Deputy Tawanda McKeiver, all of the Hertford County Sheriff’s Office, along with Probation and Parole officers Levar Newsome and Larry Rascoe.

“I thank all my officers for their quick response and arrest in this case as well as the Probation and Parole officers for their assistance,” Vaughan said. “I know the people there in that area of Cofield were scared out of their wits, but at least no one was seriously injured.

“This case had all the makings of something that could have escalated further, especially with the children there who were innocent bystanders. Thankfully none of them were harmed,” Vaughan concluded.

AHOSKIE – By the time this story hits the newsstand, we’ll be less than a day away. All the anticipation... read more