RICH SQUARE – Caroline Vann Warmack and Petar Bojan Stamatovich, both of Charlotte, were married during a 5:30 p.m. ceremony on August 3, 2013 at Rich Square United Methodist Church.

The bride is the daughter of Mr. and Mrs. William George Warmack of Rich Square. The groom is the son of Dr. Boyana and Mr. Zoran Dragomir Stamatovich of Charlotte. 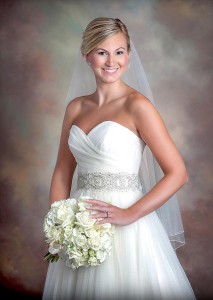 Mistresses of Ceremony were Jayne Brown Everett and Mary Hall Kitchin, both of Scotland Neck.

Violin music was presented by Mamie Dixon of Greenville, with the Carolina Chamber Players.

The bride was given in marriage by her father.

Matrons of Honor were Lindy Warmack Kitchin of Scotland Neck, and Angela Warmack Terry of Rich Square, both sisters of the bride.

Mr. Aleksandar Stamatovich and Mr. Marko Stamatovich, brothers of the groom and both of Charlotte, served as the Best Man.

The reception was held at Chockoyotte Country Club in Weldon. Music was by the North Tower Band.

Following a wedding trip to the Dominican Republic, the couple will make their home in Charlotte.

The bride is a graduate of Northeast Academy and East Carolina University with a BS in Elementary Education. She currently teaches Kindergarten at Dilworth Elementary School in Charlotte.

The groom is a graduate of Myers Park High School in Charlotte and East Carolina University with a BS in Communications. He is currently employed with Sonoco Corporation.