Mr. and Mrs. Joseph Scharbrough of New Bern announce the engagement of their daughter, Jessica Ann Scharbrough, to Bryan Charles Britton of Ahoskie. The bridegroom-elect is the son of Charles Timothy Britton of Greenville and the late Kimberly Holloman Britton. The bride-elect graduated from East Carolina School of Nursing and is employed at East Carolina University Family Medicine in Greenville. The bridegroom-elect graduated from East Carolina University and is employed by Nucor Steel-Hertford near Cofield.  A wedding is planned for November 16 in Ahoskie. 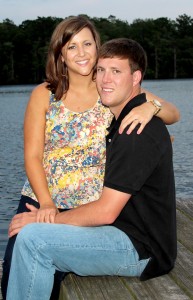