GREENVILLE – Shannon Marie Baker and Jonathan Travis Powell, both of Greenville, were united in marriage on June 14 at Yankee Hall Plantation in Greenville with the Rev. Jake Dunlow officiating. 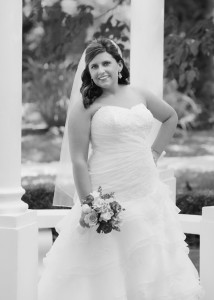 The bride was given in marriage by her brother, Neil Baker, and mother, Dr. Frances Baker.

The maid of honor was Lauren Baker of Windsor, niece of the bride. Bridesmaids were Pamela Baker of Windsor, Crystal Godwin of Windsor, Kathy Matthews of Ahoskie, Aimee Powell of Vanceboro, Lindsay Scruggs of Durham, and Erin Wolfe of Kernersville. Madison Powell was the flower girl.

A reception hosted by Dr. Frances Baker, mother of the bride, was held at Yankee Hall Plantation.

An engagement dinner was hosted by Linda Whitford and Julia Ipock at the home of the Whitford’s and a pig pickin’ was hosted by Carol Penn and Lindsay Scruggs in Windsor.

After a honeymoon trip to the Disney World Resort in Orlando, FL, the couple will reside in Greenville.