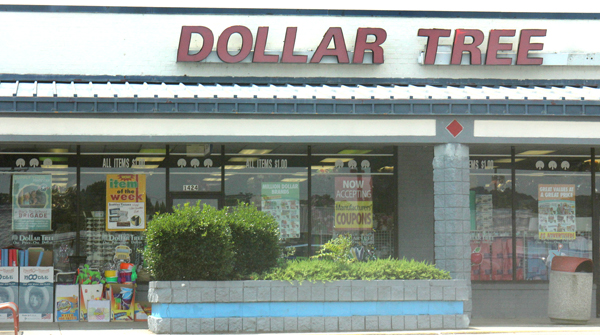 Dollar Tree is currently located in the Ahoskie Commons Shopping Center. That location will close once the new store is built.

AHOSKIE – One long-standing business here will expand and build on a new location. All they were waiting for was to have the property rezoned.

That matter was handled last week when members of the Ahoskie Town Council voted 5-0 to rezone the old Southern States property on Memorial Drive from light industrial to B-3. The vote came following an advertised public hearing, one where no one spoke in favor or in opposition of the rezoning request.

With the property now officially rezoned, Dollar Tree Retail Properties, based in Chesapeake, VA, can move forward with purchasing the parcel from Southern States Cooperative of Richmond, VA. Southern States closed its Ahoskie location years ago and the building and property has sat vacant.

Prior to the issue coming to Town Council, the Ahoskie Planning Board approved the rezoning request at their May 22 meeting and forwarded their favorable recommendation to the Town Council. There, Scott Bowman, a representative of Dollar Tree, said his company had plans to purchase the Southern States property once the rezoning took place.

Upon the opening of the new Ahoskie store, Dollar Tree will close its current location within the Ahoskie Commons Shopping Center, property which is leased. The construction timetable is not known at this time.

According to its website (www.dollartreeinfo.com) Dollar Tree traces its roots to K. R. Perry and a Ben Franklin variety store which opened in 1953 at the famed Wards Corner in Norfolk, VA, beginning what would become a national venture into the world of $1 retailing. That store later became known as K&K 5 & 10. The Dollar Tree name came in 1993 and the firm now operates more than 4,700 stores nationwide and in Canada. Its net sales in 2012 exceeded $7.4 billion.

WINTON – The money has been approved, now it’s time to make the project work. Earlier this month the North... read more