WINTON – A suspect wanted in connection with a June 15 shooting in Como is detained here under a half-million dollar secured bond. 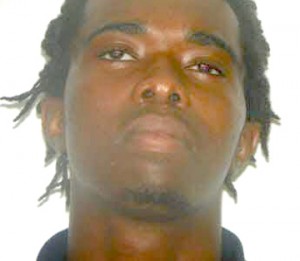 Shakur Deandre Stephenson, 19, of 104 Pine Street off Pinetops Road near Murfreesboro was arrested Tuesday evening in his hometown by officers with the Murfreesboro Police Department. He was charged with attempted first degree murder and assault with a deadly weapon with intent to kill by inflicting serious injury.

Stephenson was developed as a suspect almost immediately after the shooting, which occurred in the Bryantville Community Building, according to Hertford County Sheriff Juan Vaughan.

“(HCSO) Captain Will Liverman’s investigation of the shooting led to warrants being drawn against Mr. Stephenson,” Vaughan said. “We actively searched for Mr. Stephenson and also made other law enforcement agencies in our area aware that we were looking for him.”

Vaughan added that Stephenson’s vehicle was confiscated by the HCSO.

“We’re glad we were able to get this person off the street before he hurt anyone else,” Vaughan said.

There were two individuals reportedly shot at the Bryantville Community Building in the early morning hours of June 15. Vaughan said the charges lodged against Stephenson were for only one of the shootings. The second incident remains under investigation.

Both victims – Karlus Smith of Como (wounded in the shoulder) and Carlos Lawrence of Franklin, VA (shot in the hip) – were transported by private vehicles to local medical facilities prior to the arrival of HCSO deputies. Vaughan said neither victim had life-threatening injuries.