Aside from the disappearance of young Phyllis Powell from her front yard in Woodland in 1963, the case of Daniel Moses is perhaps just as puzzling.

Even though it’s been only two years, not 50 as in the Powell saga, since Moses vanished from his home near the small Northampton County community of Rehoboth, his case is basically still fresh. However, no new leads have surfaced, leaving at least one member of the Moses family wondering why nothing more is being done to discover what happened to her now 61-year-old brother. 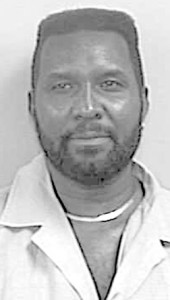 “My question is, where’s the FBI,” asked Sheila Moses, a local native and author now living in Atlanta, GA. “We want answers; our mother, now 87 years old, deserves an answer.”

Moses said she has tried to “play nice” with local law enforcement officials in this case.

“I’m trying to understand their side of this, but this whole case, the investigation, started off wrong in my opinion,” Moses stated during a recent telephone interview with this newspaper. “They (Northampton Sheriff’s Office) said they had no proof he was missing. They thought he had just left for a vacation. Daniel wouldn’t go anywhere without telling his mother, who lives right next door. I still do that and I live in Atlanta. We don’t travel without telling her. He didn’t call her and she said from day one that he wasn’t on vacation. He is a creature of habit, she knew something was wrong.”

Daniel McCoy Moses was last seen the morning of June 16, 2011. Ironically the home in which he lived, one purchased in the 1950’s by his now late grandfather, burned the same day. However, a State Bureau of Investigation (SBI) arson specialist summoned to scene came to the conclusion that faulty wiring in an air conditioning unit was the cause of the blaze.

“Whoever believes that Daniel’s disappearance and fire are not related is as dumb as a doorknob. They burned that house to cover up what they did to my brother,” Sheila Moses said.

According to Sheriff’s investigators, Daniel Moses was not found inside of the home or on the property, yet his vehicles were still parked in the driveway.

Shelia Moses claims that the only help asked by the Northampton Sheriff’s Office in this case was to the SBI to investigate the fire.

“The SBI offered to help with the missing person report, but that offer was refused,” she alleged. “I really take offense that they’re looking for my brother like they would for a stray cat. I believe we could have found out what happened to Daniel if they had acted sooner and cared more.

“I wrote the Governor; I wrote the SBI and finally had a meeting with them eight months after Daniel disappeared,” she continued. “By that time (Feb. 6, 2012 according to her records), the trail had grown cold. The SBI has done everything they can to pick up a lead. They’ve been dealt a bad hand.”

“We’re asking him to send the FBI to Northampton County,” she stated. “I don’t know why they haven’t been called in earlier to investigate this. My brother could have been kidnapped and taken across the state line, which makes this a federal case.”

She is also seeing a pattern of missing black people in Northampton County. She says there are currently six individuals with suspicious circumstances surrounding their disappearance, three in the last 24 months, to include her brother as well as Shawn Alston and Jamal Briggs, both of whom went missing in Oct. 2012.

“The federal government needs to step in,” she insisted. “Who is snatching these black men? The FBI needs to determine if these cases are related.

“All of these missing people and an unqualified person looking,” Moses said without making a specific allegation towards one particular law enforcement officer.

She said the case is emotionally draining on the family, especially her elderly mother.

“My mother still peeps out the window and looks at a blank space where the house once was; there’s nothing left but an old barn that granddaddy built and an old barbecue pit on that lot,” she said. “We have no peace because we don’t know if he’s dead or alive. I’m sad every day.”

However, the fight to find the truth of what took place on June 16, 2011 is what keeps Moses and her family, to include nine other siblings, with the faith and the strength to move forward.

“Whoever did this, they picked the wrong family. We’ll keep looking…after this generation is dead and gone, the next generation will pick up the search if it takes that long,” she stressed. “As for me, I’m not lying down, there’s no give-up in me. I have a cause, I have a fight because somebody came onto my granddaddy’s land and took my mother’s child and then burned my granddaddy’s house.”

To prove there’s fight left in her, Sheila Moses has launched an online petition, one seeking 100,000 names to present to Attorney General Holder and FBI Director Robert Mueller in an effort to heighten the awareness of this case to federal officials. She said those wishing to access the petition can visit her Facebook page.

“I still think someone there locally knows something about this case,” Moses stated. “Someone there just needs to ask the right questions. What I really want to know is why the people, the citizens and the leaders of Northampton County, the majority of which are black, are not screaming at the top of their lungs about a missing black man, or several missing black men. I feel somebody saw something that day; perhaps they’re too scared, or too intimidated, to come forward.”

Sheila Moses has her own scenario of what occurred nearly two years ago.

“Whoever took Daniel knew him,” she noted. “That person knew that our mother was out of town that particular day and was not at home to see or hear something. Plus, our other brother that lives nearby was in another area farming that day. Whoever did this knew Daniel was all alone on that day.”

While Shelia Moses is determined to find out what happened to her brother, she said her quest was much broader.

“I’ve done my research….did you know that as of today, there are 661,593 missing people in America, and of that number 265,683 are people of color,” she remarked. “This fight has become bigger than my brother, this fight is to help prevent the next family to have to go through what my family has gone through for almost two years, or what the Powell family over in Woodland has gone through for 50 years.

“I want to be able to tell my mama what happened to her first born son. If he’s alive, we’ll rejoice. If he’s deceased, we want to bring him home and lay his head down next to granddaddy,” she closed.