WINDSOR – It appears that nothing Dwayne Conner said during a phone call to the Ahoskie Police on the morning of March 25 caused law enforcement officers to believe that a dangerous situation would unfold later the same day.

But yet the 36-year-old Conner was the alleged trigger man who opened fire at a neighbor’s home on School Road, off US 13 just north of Windsor. Despite having bullet from a .270 caliber rifle pass so close to her head that her hair moved, the victim in this case was physically unharmed, but emotionally shaken. 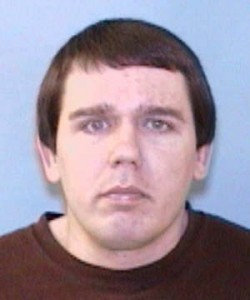 As part of the ongoing investigation as to why Conner opted to shoot in the direction of his neighbor’s home, Bertie Sheriff John Holley said he requested and received a copy of the phone call Conner placed to the Ahoskie Police Department at 7:27 a.m. on March 25.

“We received the CD from the Ahoskie Police on Tuesday of this week,” Holley said. “Detective Ed Pittman is still in the process of taking notes on that entire conversation. What we have learned to this point is that it appears Mr. Conner apparently suffers from some sort of mental issues. Detective Pittman said there’s one part of the conversation where Mr. Conner speaks of police officers being murdered and cloned. He mentioned a few of those officers by name.”

“He said a lot of things, a lot that didn’t make much sense or was tough to hear because he was talking so loudly,” Holley said. “He was the same way when we were trying to talk him into coming peacefully out of his house on the day of the shooting. He was pretty irate with us on the phone that afternoon, cussing and hollering at us.”

After an approximate 90-minute standoff with several law enforcement agencies, Conner did walk out of the house unarmed and surrendered.

Holley did address a growing national concern over how authorities can do a better job in ensuring that firearms are kept out of the hands of those dealing with mental problems.

“We learned a tough lesson after the Newtown (Connecticut) shooting of all those innocent schoolchildren and school personnel,” he remarked. “We’ve got to make each and every effort to ensure that weapons are kept out of the hands from those with mental issues.”

Conner allegedly shot at least twice into the home of a neighbor on the afternoon of March 25. His neighbor had arrived home when the second shot was fired, one that crashed through a living room window while she was nearby on the phone contacting law enforcement about finding a bullet hole in her bedroom wall.

“That was the scariest part of the entire ordeal, hearing, on a recording, the sound of a weapon being fired and immediately the sound of glass shattering and a woman screaming,” Holley recalled. “She came so, so close to being shot and killed while standing inside her own home and an assailant no where to be seen.”

Upon arrival, the Bertie County Sheriff’s Office shut down School Road. Holley said it was quickly determined by the location of the two bullets that struck the victim’s residence that the shots were fired from directly across the road. Meanwhile, the victim was whisked away from her residence by a Bertie Deputy and taken to a safe location. Other neighbors were advised of the situation and told to evacuate if they so chose. Holley said one neighbor did opt to leave her home.

Conner was charged with two felony counts of discharging a weapon into an occupied dwelling. He was placed under a $100,000 secured bond and remains incarcerated.

Dating back to 1995, Conner has an extensive criminal, to include violation of protective order, simple assault/affray, DWI Level 4, assault on a female, two counts each of injury to real property and injury to personal property,  unauthorized use of a motor vehicle, felony B&E and larceny, and possession of Schedule II narcotics.