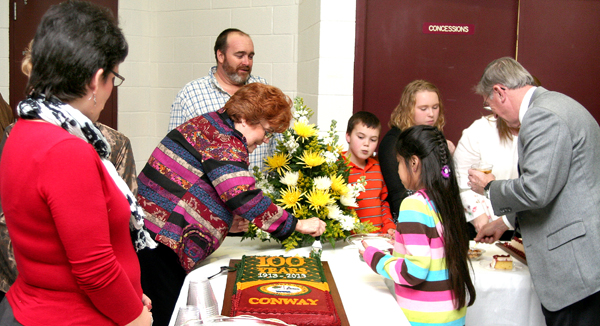 CONWAY – As stated in an act by the North Carolina General Assembly 100 years ago, “three-quarters of a mile running north, south, east and west from a point where the county road and the Roanoke and Tar River Rail Road intersect” is a place called Conway.

On Wednesday, citizens along with various state, county and town officials gathered at Conway Middle School to celebrate the day Conway became incorporated.

The cities and towns in the state are created by an act of the North Carolina General Assembly and on Feb. 27, 1913 Conway was made official.

Martin said he was impressed with the event as well as those activities planned for the larger May 18th celebration.

“As I reflect on American democracy and what it means, many times we take for granted the freedoms we have in this country,” he said. “We realize when we trace back 100 years all the hard work that went into giving us the standard of living and the quality of life we have in America today.”

Martin noted the uniqueness of the judicial system in the country with jury trials where defendants are judged by a panel of their own peers, the grand jury system and the 4th Amendment that protects citizens from unreasonable searches and seizures.

He noted citizens have the most responsibility toward their communities.

“The most dangerous enemy of liberty in our country today is apathy and indifference,” he said. “By coming out tonight you’re showing family members, friends and everyone else in this town that you’re here to help preserve the American dream right here in Conway.”

Martin followed his remarks with the reading of the town’s charter that was set forth in the 1913 session, Chapter 161.

Shirley Gay spoke about the town’s history and way of life.

She shared historical information from the Town of Conway. The community dates back to the 1700s known then as KirbyTownship (from Thomas Kirby Sr. who received a land patent for 1,200 acres).

In 1835, the town was settled and was then known as Martin’s Crossroads and a few years later a small depot was constructed when the railroad came through. The town experienced yet another name change to Conway, after a relative of a chief railroad official.

Gay recalled when Conway had a movie theater, an ambulance service run out of a funeral home, livery stables and other various businesses, churches, and notable citizens.

She also reflected on her time at what was then ConwayHigh School when it was “a good thing then to make A’s, to be in the Beta Club” and “we made friendships that lasted.”

“Nobody was left out when we went to school. Nobody was made to feel like a charity case,” she said. “R-E-S-P-E-C-T, that was an action back then not just a word.”

She noted much of what she shared was her and her husband, Lynmore’s, memories and that facts and dates needed to be written down.

“History doesn’t seem important when you’re busy living in the present, but now that we’re scrambling for facts and figures we realize how important they are,” Gay said.

She added the town is currently gathering information and photos for the Centennial Celebration in May and if anyone had anything to please contact the town hall.

Gay said she shared the memories to give credit to those who had a vision and make Conway what it is today.

“This is family, friends, neighbors,” she said about the community. “So I ask you, look around, just look around at who’s here tonight, Conway is more than a place; it’s you, heart and hands.”

Town Commissioner Alan C. Harris welcomed those in the audience and Lance Jenkins offered remarks on the event.

On May 18 the town will be hosting an all day celebration beginning at 8 a.m. with a 5K run. A parade will start at 9 a.m. followed by the celebration grounds at Conway Middle School opening at 9:30 a.m. The celebration will include food, crafts, historical displays, a talent contest, music and dancers. A fireworks display will kick off at 9 p.m. 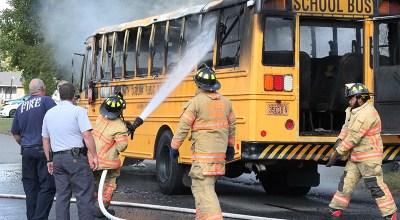 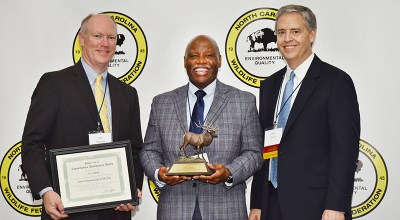 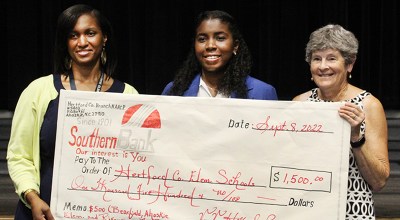