JACKSON – Annie Mae Wood survived to see her attacker go to prison for a long time. 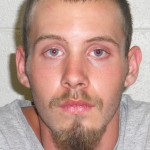 “This was a horrible case and Ms. Annie Mae is so lucky and very blessed to be alive to tell the story of what happened to her,” said District 6B Attorney Valerie Asbell.  “The acts of this defendant are unfathomable and what is more horrendous is that Ms. Annie Mae had tried to help Mr. Pallone and he took advantage of that trust and her friendship to commit this unimaginable crime.

“This type of act by this defendant makes our worse fears come to life,” Asbell added. “Ms. Annie Mae is a very strong willed woman; had it not been for her will power and strength I believe she would have died that very night. I’m glad this part of the case is over for Ms. Annie Mae and her family.”

On Oct. 6, 2011, Detective Sergeant Lynette Clements of the Northampton County Sheriff’s Office responded to the Wood’s residence on Dusty Hill Road after the Sheriff’s Office received a frantic 911 call from the victim that Devin Pallone had tried to kill her.  Sgt. Jimmy Pair initially responded to the residence and he told Clements that Wood was badly beaten and had been taken to Roanoke Chowan Hospital in Ahoskie.

After securing the scene, Clements went to the hospital where she spoke to Wood, who originally told the Detective that she blanked out and that she was choked and could smell gas.  Because of Wood’s severe physical trauma, Clements got the necessary information to draw arrest warrants on Pallone.

Wood was transported to Pitt Memorial Hospital (now Vidant Medical Center) in Greenville due to extensive injuries to her head and body and she had to receive staples in the back of her head.  The treating physicians at Roanoke Chowan Hospital and Pitt Memorial Hospital said her injuries were life threatening.  After Wood was stabilized medically in Greenville, Clements took a detailed statement from the victim a few days after the attempted murder.

In Wood’s statement, she told Clements that Pallone and his roommate were renting an apartment from her. Wood explained that although the apartment belonged to her, her son actually managed the apartments for her.

Wood said she had befriended the two young men living in her apartment which was not far from her house. Wood told Clements that her son had sent both Pallone and his roommate a notice of eviction because they had never paid their rent and that a church had paid the rent for three months.

On the morning of Oct. 6, 2011, Pallone came to Wood’s house, but she was not ready to take visitors.  Later that night around 8:45 p.m., Wood drove to Pallone’s apartment and stayed 10-15 minutes talking to him and his roommate and then drove home.

Wood stated that when she returned home, Pallone had walked to her residence and when she got out of her car he asked her if he could help her get her clothes in off of the line and Wood said ‘no” and that she would rather wait until morning.  Wood started to walk toward her house and she heard a crack in the back of her head and then Pallone pushed her to the ground and starting choking her around her neck. Wood said she was trying to scream and then Pallone was holding her nose and continuing to choke her and hit her in her face.

The next thing Wood remembered was being put in the trunk of a car.  After being put there, Wood could hear footsteps around the car and then she started to smell kerosene. Wood said she was begging and pleading to be let out of the car and not to burn her to death.

At some later point, Wood didn’t hear anything else.  She felt around the trunk until she could find a way to open the trunk. Wood found the lever and she pulled it and she fell out of the trunk and dragged herself into her house and called 911.

After Clements completed her investigation, she arrested Pallone for the attempted murder and related charges.

“I would like to commend Assistant District Attorney Kim Gourrier and Administrative Assistant Pam Flowers for their work with me on this case,” Asbell said.  “Both Kim and Pam established a good relationship with Ms. Annie Mae which allowed her to feel comfortable testifying had this case resulted in a trial as we expected.

“I would also like to thank Det. Lynette Clements and the other Northampton County deputies who worked on this case for their hard work and quick apprehension of this defendant,” Asbell continued.  “I would also like to thank Lieutenant Jeremy Roberts of the Ahoskie Police Department, a latent prints expert, who was requested by Northampton Sheriff Wardie Vincent to help in the investigation by processing the victim’s car after the incident.  When law enforcement agencies work together it is much easier to present good evidence in a prosecution of any crime.”