‘His luck ran out’

JACKSON – After months of hiding, a suspect in a kidnapping case is now behind bars.

Christopher Pierre Smith, 38, originally from Rich Square, was recently taken into custody by the Northampton County Sheriff’s Office during a vehicle stop on Highway 158 West near Jackson. 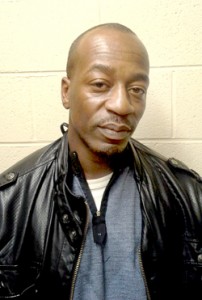 According to NCSO Detective Capt. Brenda Burnette, Smith was wanted for a domestic incident that occurred in July of last year.

Smith allegedly contacted his wife, from whom he was separated, and asked her to drive him somewhere.

Burnette said upon the victim picking Smith up, he allegedly pulled a gun and pointed it at her.

“He made a comment to her to the effect of, ‘We’re both going to die today’,” she said.

Smith directed the woman to drive and the two ended up in Virginia outside of a hotel. Burnette said Smith took the victim’s car keys and her cell phone before he went into the hotel.

“Luckily for her she had a spare key to the vehicle and she drove back to the (North Carolina) Welcome Center (on Interstate 95) and used a phone to contact law enforcement,” Burnette said.

A BOLO (be on the look out) was issued for Smith in Virginia and North Carolina. He was entered into a database as a wanted person.

Smith was on the lam until his vehicle was stopped by Sgt. Jimmy Pair, Deputy Marcel Goffington and Deputy John Turner. He was taken into custody without incident.

Deputy William James was the charging officer and he was assisted by Sgt. Jason Boone and Detective Courtney Williams.

Burnette said Smith’s initial bonds were set at $60,000 and no bond for the domestic violence charges. Upon his first appearance on Monday, Smith was given a total bond of $170,000 with a combination of secured, US currency only and cash bonds. He is still jailed at the Northampton County Detention Center.

“His luck ran out,” Burnette said about Smith’s capture. “I’m glad they finally captured him.”

JACKSON – Northampton County Manager Wayne Jenkins will see yet another county budget through to adoption. On Monday, Board of... read more