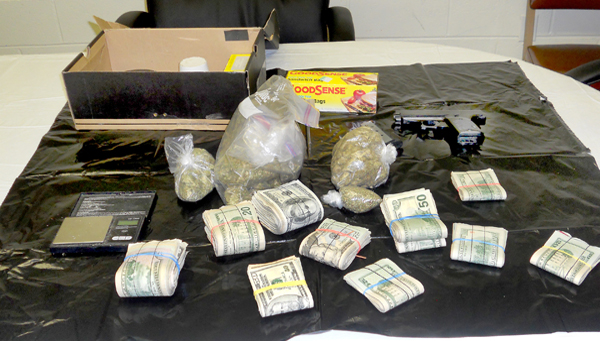 JACKSON – A Garysburg man was taken into custody after drugs and a weapon were found in the residence where he was living. 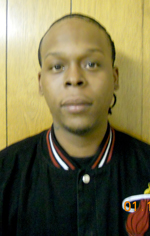 According to Northampton County Sheriff’s Capt. Brenda Burnette, the law enforcement agency had received complaints about a residence on that road and upon surveillance and an investigation, the lead officer on the case, Detective Sgt. Courtney Williams, obtained a search warrant for the home.

During the search officers discovered 456 grams of marijuana, drug paraphernalia, a .380 caliber handgun and $10,999 in cash.

Burnette said there were other people at the residence, but Bradley took ownership of the items.

He was charged with possession with the intent to sell and deliver marijuana, possession of drug paraphernalia, possession of a firearm by a felon and maintaining a dwelling for a controlled substance.

He was placed in the Northampton County Jail on a $22,000 secured bond.

Burnette said no probable cause date has been set and Bradley is free on bond.

Burnette said she was thankful for the warrant being carried out safely considering there was a firearm present in the home. She noted the recent shooting in Halifax County where narcotic agents and deputies were serving a warrant and a suspect was killed.

“My concern was the safety of the officers and I’m glad everyone came out safe,” she said. “The officers did a great job following up on leads.”

Burnette also thanked the citizens for their help on the case.

“We want to let the citizens that we’re out there to help them,” she said.