JACKSON – A sex offender who is facing a list of charges in three counties is behind bars after being surrendered to the Northampton County Sheriff’s Office by a bail bondsman.

On Wednesday, Gerald Lamont Warren, 33, of Pendleton was taken into custody. 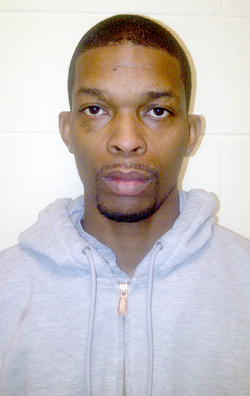 NCSO Capt. Brenda Brunette said Warren is facing a list of charges from Northampton, Halifax and Guilford counties.
Amongst those charges is a second degree rape charge that occurred in Northampton and was reported July 25.

Burnette said Warren allegedly raped a female that knew him.

Warren was also served a warrant from Guilford County for failure to appear in court relating to a charge for obtaining property by false pretense.

Warren had yet another warrant for his arrest in Halifax County for failure to appear for felony worthless check and obtaining property by false pretense.

There was also an order for Warren’s arrest in Northampton for failure to report change of address for a sex offender and resisting a public officer.

Warren was placed in the Northampton County Jail on a combined bond of $345,000.

His first appearance was on Thursday and his probable cause hearing is set for January 10, 2013.