One shot in home invasion

HEXLENA – A home invasion here earlier this month left one person shot, another behind bars and two more being sought by local law enforcement officers.

Bertie County Sheriff John Holley said his office received a call in the early evening of Dec. 15. The caller said a person had knocked on their door and reported they had been robbed. 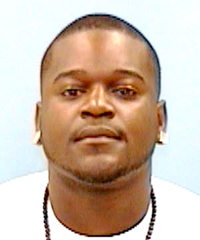 An investigation revealed three black males had reportedly entered the residence by kicking in the door and yelling “police.” The three suspects then reportedly attacked the victim, who fled out the back door of his residence.

As the victim was fleeing, he was reportedly shot five times including in the elbow, each leg, the back and a glazing wound to the head. Despite the shooting, the injuries were not life threatening, according to reports.

Holley reported that, upon investigation, deputies arrested Adrian Demont Jones, 27. Jones was taken into custody Dec. 17 at the home of a friend on Mt. Olive Road near Lewiston Woodville.

He was charged with first degree burglary and attempted murder and placed under a $1 million bond.

Holley said while Jones is in custody, two others are still being sought in connection with the robbery. He said there are suspects in the case, but the investigation is on-going.

“I want to thank the deputies for their quick and diligent work in this case,” he said. “They are continuing to work several angles to bring the other two persons involved to justice.”

Holley also encouraged those with information about the incident to call the sheriff’s office.

“We are asking anyone who knows something or has heard something to give us a call at 794-5330,” Holley said. “We don’t need your name, just your information.”