JACKSON– Those involved in law enforcement all often see the negatives life can bring, but perhaps the best aspect of being a public servant is helping others during those down times.

Last Tuesday, the Northampton County Sheriff’s Office along with the local chapter of the Fraternal Order of the Police brought a little Christmas joy to those in local assisted living facilities.

“It’s an adventure we look forward to each year,” Northampton County Sheriff Wardie Vincent said. “It’s just an enjoyable time to fellowship with them, it’s most rewarding.”

“We had a really successful outing with delivering our Christmas packages this year,” said Young.

For the past several years, the NCSO and the Fraternal Order of the Police have relied on community donations along with the organization’s own funds to make the effort possible.

Vincent said he often visits local nursing homes to spend time with the residents and suggested one year to do something for them around Christmas time.

He noted the elderly are segment of the community often forgotten during the holidays.

Vincent said the effort has been successful for the past several years.

“We found that this is the most awesome thing (to do for residents),” he said.

NCSO Lt. Brenda Burnette said the residents receive items in their goody bags that they will enjoy as well as personal hygiene products they can use while at the rehabilitation facility.

Burnette said the reaction from the residents is what makes the event worthwhile.

“The expression on their face tells it all,” she said. “It makes them feel special and it makes us feel special.” 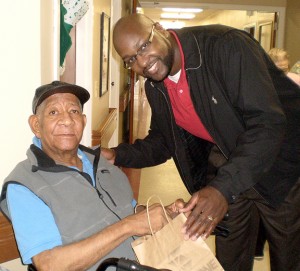 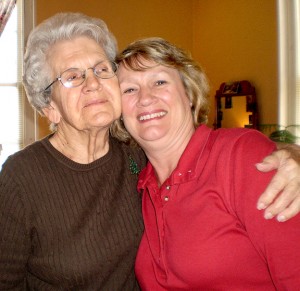 Last week, Northampton County law enforcement officers made their yearly visit to local assisted living facilities to give out Christmas presents. Sandra Young (right) shares a holiday smile with a resident during the lawmen’s visit.

WINDSOR – They’re coming to a town near you. The Bertie County Commissioners agreed last week to study the possibility... read more