Mr. and Mrs. Chet Hill of Mooresville announce the engagement of their daughter, Melissa Hill, to Ryan Wheeler, son of Mr. and Mrs. Walter Wheeler of Porterville, CA.  Melissa is the granddaughter of Janet Hill and the late Chester Hill, Sr of Murfreesboro. She graduated from the NC School of Science and Mathematics in 1999; UNC – Chapel Hill in 2003; and with honors from the University of Miami in 2007.   Ryan also graduated from the University of Miami in 2007 where the couple met.  Both are currently living in San Diego, CA.  The wedding will take place on April 13, 2013 in La Jolla, CA. 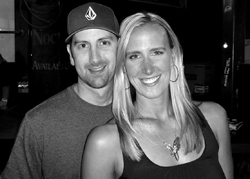